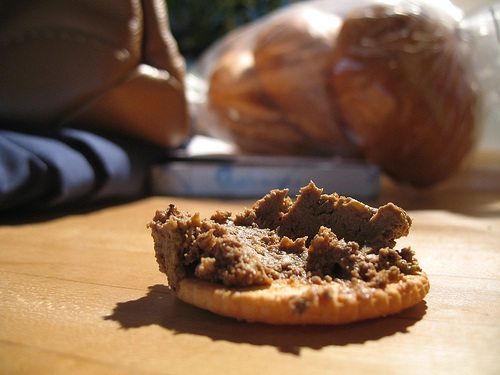 Just in time for Rosh Hashanah, the Jewish New Year, a new study highlighted in the Jewish Daily Forward suggests that the best way to encourage Jewish philanthropy is to make sure that American Jews are involved in some kind of Jewish community or communal activity.

The newspaper—America’s most respected Jewish publication—says that Jewish charities complain that shrinking donor pools and tighter-fisted younger Jews are threatening the viability of Jewish nonprofits. But a September 3rd study from Jumpstart, a Jewish charity research and capacity-building group, suggests that some of those concerns are misplaced.

The study is based on a survey of 3,000 American Jews, and it contains bad news for Jewish federations, the communal umbrella groups that raise and distribute money on behalf of smaller local Jewish charities, much like a United Way does. The study’s authors say that their findings make a distinct correlation between engagement in Jewish life and giving to both Jewish and non-Jewish causes, which is good for most Jewish nonprofit leaders, concerned in recent years over what they considered generational shifts in giving patterns.

“The accepted wisdom is that organizations within the Jewish community are fighting over a shrinking pie,” J. Shawn Landres, Los Angeles-based CEO of Jumpstart, told the Forward. “I think that this shows that we can actually grow the pie.”

Jewish nonprofits across the U.S. have gone through the same fiscal crisis as most nonprofits since 2008, but more so. They were hit by a one-two punch: first, the Great Recession, and then the Bernard Madoff Ponzi-scheme scandal. On top of that, charity executives have become more and more concerned over whether younger Jews, many of them increasingly assimilated into American society, will continue to support Jewish social service, educational, and religious organizations.

The new report, published just two days before Jews all over the world begin to celebrate the High Holy Days, is the first to come out of the National Study of American Jewish Giving, aimed at understanding how Jews are spending their donations.

“If I were a federation director, I’d rather not have this problem,” said Steven M. Cohen, a leading sociologist of American Jewry and another of the study’s authors.

The declining appeal to younger Jews could be due to a generational shift in attitudes, wrote Jeffrey Solomon, president of the Andrea and Charles Bronfman Philanthropies and a co-author of a preface to the Jumpstart report. “What we learned [from] the Internet is, you don’t need a mediator to get things done. Federations were the intermediaries that collected from the communities to redistribute the money…and young people don’t understand that.”

If that problem sounds similar to that experienced by United Ways across the country, it is, and for much the same reason: Younger donors prefer to support causes they select themselves.

But the Forward said that for the study’s authors, the most striking finding was that engagement in a Jewish community or communal activity was closely correlated to giving, both to Jewish and non-Jewish charities.

“The study basically says there’s not much that affects the likelihood of Jews giving to Jewish causes except for the number of intimate or not-so-intimate contacts they have with other Jews,” Cohen said.

And while just 58 percent of Jews at the low end of the Jewish social engagement spectrum gave to any charity, Jewish or non-Jewish, 96 percent of Jews at the high end of the spectrum gave to charity. The study also found that Jews were more likely to cite helping their local communities as a reason for giving, rather than helping Jews or the Jewish community. This concept of “tzedakah,” or charity in the name of social justice, is particularly resonant with Jews at this time of year, less than two weeks before Yom Kippur, the Jewish Day of Atonement and the holiest day of the year, which falls this year on September 14th.

“It should direct attention to building social networks instead of coming up with new philanthropic opportunities,” Cohen told the Forward. “It really says, go back and build those networks, it’s the only thing that’s going to work.”—Larry Kaplan