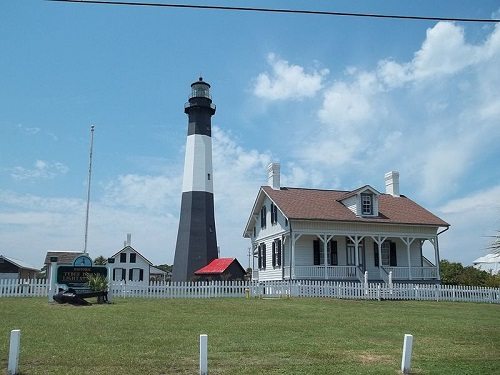 Yesterday, Nonprofit Quarterly reported on how Portland, Oregon’s support for local arts organizations resulted in funding from a special tax and the city’s budget surplus. Advocacy by those nonprofits helped assure that support.

According to the Savannah Morning News, Georgia’s Tybee Island (located just off Savannah) is poised to do something similar for all of the nonprofits in town. Because its annual hotel/motel tax collections have been increasing, local officials may pass some of the extra revenue to local nonprofit organizations that benefit visitors and residents alike.

Tybee Island’s mayor suggested the city consider adding a quarter cent to the six percent hotel/motel tax for the city’s contribution to nonprofits each year, which would raise its annual contributions from almost $58,000 budgeted this year to more than $100,000 next year.

His rationale is that groups such as the Tybee Island Historical Society, which oversees the Tybee Island Lighthouse and Museum, the Tybee Post Theater, and the Tybee Island Marine Science Center, provide activities that might attract visitors in addition to enhancing the quality of life for people who live on the island year-round.

Local civic and nonprofit leaders enthusiastically support the idea, saying that city sponsorship can make or break a nonprofit’s ability to collect donations by signaling to private donors that a strong partnership exists. The public funding would go to social service providers and animal welfare groups, as well as cultural organizations.

The paper reports that the city recently stepped up its collection of hotel/motel taxes, and with an increase in the number of visitors coming to Tybee, collected about 20 percent more in the two years since 2012. City officials seem to like the idea of using money from tourists to benefit residents as well. The move would guarantee a certain amount to the nonprofits each year, with the contributions increasing as the city’s hotel/motel collections do.

Talks over how to further fund the island’s nonprofits will begin this month, when the city begins budget deliberations for the upcoming fiscal year. The key, according to a councilmember, is for the organizations to demonstrate need, and whether the city should use a portion of hotel/motel tax or other funding sources. In any case, the contribution to nonprofits would be a small portion of the money.—Larry Kaplan