Giving Cash with No Strings Attached 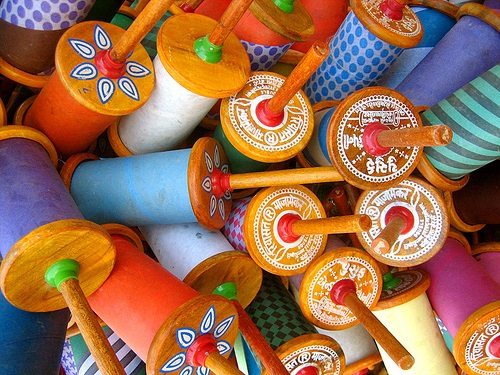 The latest buzz in philanthropy is about giving money directly to the people who need it on the assumption that they will, in fact, know how it will be best used. We’d like to use this newswire to elicit your opinion about this conversation, even though we all realize this isn’t exactly a new thought.

The question of whether money is more useful when given directly or given through an intermediary who controls what it is used for has long historical roots. In the past, such controls have been used to determine worthy and unworthy recipients. In fact, NPQ has covered the fact that, in some areas, it is literally illegal to give money directly to a panhandler. The implication in the current discussion is that the involvement of intermediaries in international aid is, in many cases, unnecessary, wasteful, and somewhat disrespectful.

According to the website of GiveDirectly, a NYC-based nonprofit, the organization’s values include this statement: “Empower the poor to set their own priorities.” Michael Faye, a GiveDirectly cofounder, stated in a recent New York Times Magazine article, “Our work is an attempt to test one of the simplest ideas in economics—that people know what they need, and if they have money, they can buy it.”

GiveDirectly currently gives $1000, or approximately a year’s income for a family in rural Kenya, to “the poorest people in the village.” (Kenya was chosen for two factors: It is a poor country and it has a well-developed cell phone system that allows for sending money, eliminating the need for bank accounts.) Typically, GiveDirectly representatives would come to a village and enroll those residents from that village “who are eligible” and then move on to another village. However, when David Kestenbaum covered this program on NPR’s This American Life in a segment entitled, “I Was Just Trying to Help,” it was revealed that in the beginning, there were villages that refused the money, assuming that there would be an unknown but required payback. The money also created some tensions between neighbors who received money and those that didn’t. GiveDirectly is now trying a different method: giving money to everyone in the chosen village. Many local charities in Kenya are skeptical, believing that “handouts don’t work,” but also open to seeing if this program works.

Researchers are studying and contrasting the spending habits between the villages that receive money and the villages that don’t. Some initial results show that children were more likely to stay in school in the cash program villages. One example of success is that many villagers used the money to replace their thatched roofs with metal ones. Thatch roofs need constant patching, while metal roofs last for 10 years, so the metal roof is a good investment.

The final segment of the This American Life story focuses on how Google gave $2.4 million to GiveDirectly. After a presentation that focused on data, charts, and numbers, rather than pictures of smiling children, Google gave GiveDirectly the money and told them, “You’re thinking too small. Go figure out how to give money to lots more poor people.”

NPQ has covered GiveDirectly before, particularly earlier this spring. Since then, another worry about all of this has arisen, in that it does not necessarily address the idea of collective action, although there are discussions of collective impact. As philanthropy feels the impact of many diverse and seemingly contradictory trends including crowdfunding and strategic philanthropy, where might this conversation bring us all?—Jeanne Allen