On Monday, June 19th, I want to invite you to spend some webinar time with me and the insightful Dr. Patrick Rooney, associate dean of academic affairs and research at the Indiana University Lilly School of Philanthropy. I will be asking and he will be answering the questions that help get us to the story behind the story on the Giving USA 2017 numbers, which will be published next week. We want to urge you to reserve a space quickly because this is a popular event.

And last year’s story was particularly big, at least according to the media, which documented some of the tidal waves of donations going to organizations such as Planned Parenthood and the ACLU and to nonprofit investigative news sites like ProPublica and the Forward.

Did this mean other groups were getting less, as some speculated? Would some fields end up paying the price for all of that good civic vigilance? Would the political uncertainty cast a pall on giving overall?

You will get a chance to help us explore all of these questions on Monday, June 19th, as we spend 75 minutes in a webinar drilling down into the data with Dr. Rooney. So reserve that space first but also, we could use your help. What are the questions you want to explore? Let us know, so we can shape the discussion properly. We look forward to “seeing you” there!

Giving USA 2017 is a publication of the Giving USA Foundation and is researched and written by the Indiana University Lilly Family School of Philanthropy. We will be joined by Laura MacDonald, Co-Chair of the Giving USA Editorial Review Board. 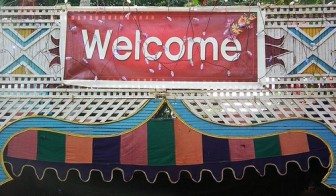