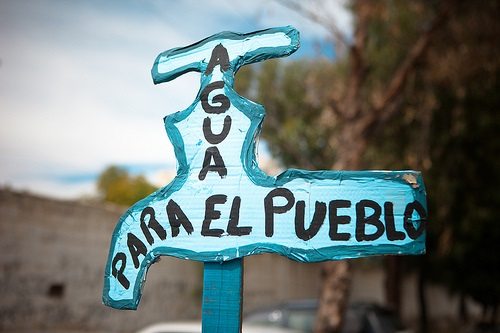 As we have mentioned before, groups that monitor human rights often play a huge role in informing the public. These are, in effect, valuable journalists who can highlight problems that might otherwise remain hidden; in this case, the “problem” in question is a steep rise in murders of environmental activists who went up against big economic systems.

The chart below exhibits the degree to which the killing of environmental activists has spiked in the last few years. It also shows Brazil’s contribution to that death toll. The numbers have been drawn from a report produced by Global Witness entitled “Deadly Environment.” Global Witness is an NGO based in the UK that says it works to expose the economic networks behind environmental destruction.

The key findings in the report are:

The report’s summary says that indigenous communities are particularly hard hit because their land rights are often not recognized, “leaving them open to exploitation by powerful economic interests who brand them as ‘anti-development’… Land rights form the backdrop to most of the known killings, as companies and governments routinely strike secretive deals for large chunks of land and forests to grow cash crops like rubber, palm oil and [soybeans]. At least 661—over two-thirds—of the killings took place in the context of conflicts over the ownership, control and use of land, in combination with other factors. The report focuses in detail on the situation in Brazil, where land disputes and industrial logging are key drivers, and the Philippines, where violence appears closely linked to the mining sector.”—Ruth McCambridge