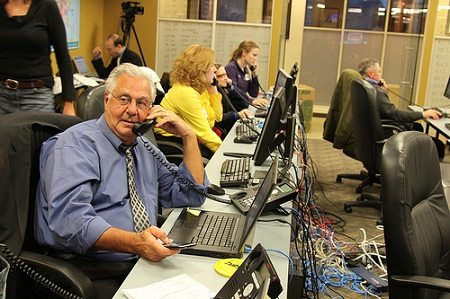 A rare moment of agreement between Nonprofit Quarterly and former FreedomWorks chairman Dick Armey must be recognized! David Corn of Mother Jones reports that one of the elements behind Armey’s discord with his FreedomWorks colleagues was the secrecy regarding donations to the super PAC that FreedomWorks operated. Reportedly, $12 million of the $23.2 million raised by the FreedomWorks super PAC came from two entities based in Knoxville, Tenn.: Specialty Group, Inc. and Pike Development LLC. Corn reports that these two organizations “publicly have no reason to exist other than apparently to make contributions and mask the true source of the money.”

Asserting that “he knew nothing about the donations or the origins of the cash,” according to Corn, Armey resigned from FreedomWorks in part because of this lack of transparency. “This kind of secrecy is why I left,” Armey said. “I have never seen anything like this before.” Matt Kibbe, who remains CEO of FreedomWorks despite Armey’s departure, also said he didn’t know who was behind the two contributions that added up to half of the super PAC’s bank account. We don’t know if the two Knoxville entities are all that happy with the results, since a big chunk of their money went to a massive television ad buy against Democratic congressional candidate Tammy Duckworth, who eventually unseated Tea Party favorite Rep. Joe Walsh (R-Ill.).

As regular NPQ readers will know, we have frequently lamented that transparency was sorely lacking in the 2012 election cycle concerning donations to 501(c)(4) social welfare organizations and to super PACs that funneled obscure donations like those listed above. But we didn’t expect that the all-but-libertarian Dick Armey shared our position. Go Armey! –Rick Cohen