Good Intentions: The Dilemma of Outside-In Help for Inside-Out Change 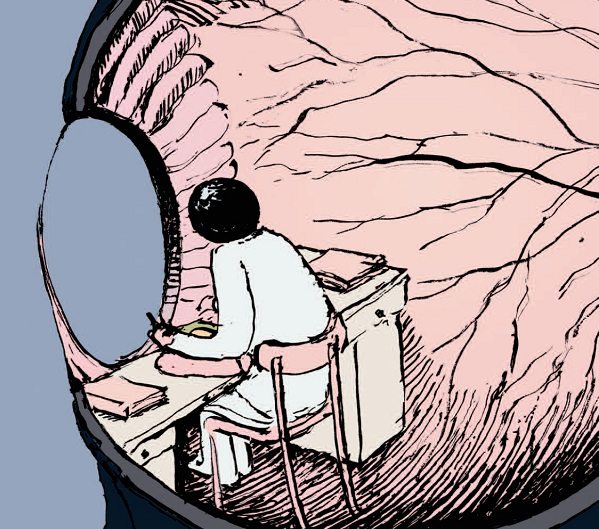 Philanthropy attempts to become more “strategic” may come at a price. Last week we printed Printice Zinn’s provocative “Strategic Philanthropy: Who Wins and Loses?” and we thought that we would follow that up with this classic article from the NPQ archives on a related topic. Who decides how money should be used to better a community?

There is a fundamental conundrum built into the helping relationship that confounds so many well-meaning attempts to be effective in both the aid business and the philanthropic sector. The conundrum relates specifically to those efforts aimed at “helping people help themselves.” If, on the one hand, the doers are really helping themselves, then the helpers may not be having an obvious, demonstrable, or measurable effect on the outcomes. Thus the helpers will have a hard time convincing their bosses of the measurable results of their help. If, however, those helpers are in the driver’s seat generating demonstrable outcomes to satisfy their organizational demands for “having an impact,” then it is very likely that the doers are just along for the ride and not exercising much self-help at all.

Instead of confronting this conundrum, aid agencies and foundations tend to think that there is some way they can escape it—with more intelligent listening, better partnerships, enforcing clearer output-based conditions, and the like—and use their money to bring about so-called “inside-out” change. Foundations, like various aid agencies in the international arena, are basically money-moving machines, and money is the quintessential “outside-in” motivator. Thus, the more direct effect foundations and aid agencies try to have, the more they crowd-out, suffocate, and falsify any budding inside-out motivation in the people supposedly being helped to help themselves. Instead of fostering self-help, the money-moving machines foster learned disability and aid addiction.

There are certain specific aid interventions, which fall under what might be called the “vaccinating children” approach, where direct methods can work in some sense. These interventions essentially entail the helpers delivering a commodity or service to the more-or-less passive doers and enforcing specific output-based conditions (aid based on “vaccinating X children”). Many development practitioners indulge in a refined form of self-delusion by flooding their minds with this approach as if it were universal instead of relevant only to special cases. Most real development work is concerned with deeper questions of social change, capacity-building, culture, and sustainability—where the vaccinating children approach is ineffective, if not ultimately counterproductive.

One discourse related to the vaccinating children approach argues that some countries are so incapacitated by geography, climate, and disease that development assistance must take the form of disaster relief. Any attempt to focus development assistance on capacity-building or longer term strategies is met with emotional and demagogic cries that “children are dying” and that assistance should therefore take the form of quick direct deliveries of aid. Many development agencies, already frustrated and pressured by the ineffectiveness of their money-moving strategies, may be quite willing to give in to these appeals to recast development assistance even more in the model of disaster relief—as if the reason for the development failures of the past is that the rich countries have not given out enough money and the poor countries have not received enough. After all, giving out money is one thing these agencies know how to do.

While the world has disasters aplenty, the general recasting of development assistance in the mold of disaster relief only aggravates the real problems of capacity-building and sustainable social change. If the purpose is helping people to help themselves (rather than to sustain or increase the demand for “helpers”), then an accelerated direct approach of money-led assistance is ultimately a self-defeating strategy. Responding to the recent calls of the aid industry to double official aid would not only not solve the problem but would also tend to aggravate the problems by smothering self-help initiatives in favor of money-seeking and corrupt development projects. Reforms carried out by doers as a means to the end of getting aid money are unlikely to succeed or be sustained.

A key to getting communities organized and helping themselves is often an outside community organizer, animator, or facilitator. Organizing efforts start with mobilizing community capabilities and “assets” to see what people can do for themselves without significant external resources. If Foundation X funded an organizer or team of organizers, then it would be crucial that the organizers not be a conduit for the communities to have access to Foundation X’s money. Otherwise, the community will constantly see the organizer as a source of outside money. When and if the community does need to raise outside resources, then the organizer(s) could help it raise funds from other foundations or government sources—but never from the sponsoring foundation.

There are other ways that an indirect approach might work to support community development. Take the example of the Highlander Folk School, which fostered community and labor organizing during the 50s and 60s in Appalachian communities and in the broader civil rights efforts in the South. In spite of the name “school,” Highlander operated more as a place for community groups to come together to strategize, learn from each other, and consult with experienced staff. Highlander brought no money to the people it helped, but it required money itself from various sources to keep operating.

Here, then, is another way a foundation could indirectly support organizing efforts in communities. If Foundation X supported an urban or rural folk school, then it would be imperative that it not be seen as a door into the foundation’s vaults. This sort of light-touch intervention could create a resource for many communities without smothering self-help impulses in any of them. The real question is whether organizations ordinarily functioning as money-moving machines can—without major overhauls—sponsor indirect strategies where money is not the leading edge of the intervention.

Certain foundations and aid agencies spend much time trying to separate the genuine from the money-seeking projects. In a co-evolutionary process, the money-seeking projects evolve better and better mimicry to pretend to be genuine self-help projects. When the money-moving pressures on the side of the aid agencies meet the money-seeking mimicry on the part of the aid-seekers, then there tends to evolve a tacit social contract or “norm” of mutual self-delusion to lessen the cognitive dissonance on each side and to accommodate the needs satisfied on both sides by moving the money. Thus the aid business takes a few more turns around the hamster wheel of the funding cycle, but makes no real progress.

There are certain methods, such as matching grants or topping-off grants, where the doer’s matching contribution is supposed to be sufficient to mitigate the money-seeking motivation. However, this mechanism is often corrupted by the doers raising their contribution from other philanthropic sources or by the helper reducing the doer’s matching contribution to something trivial. A higher matching requirement would not only help screen for genuine projects, but would also make it harder to use funds as patronage and largesse to buy or reward local support. Moreover, it would tend to reduce the quality of the local infrastructure projects from the “Mercedes-Benz” version to the appropriate technology “Volkswagen” version, where the local community would then have the capability to maintain and repair the infrastructure without seeking new external grants.

Barriers to Honesty and Real Learning

The check against this institutionalized norm of dishonesty is supposed to be evaluation, with all its problems. Whoever is paying for the evaluation from the organization is not going to want really bad news, and this fact is rarely lost on the evaluators, who are keen to be rehired in the future. Moreover, evaluations are often watered down today to “impact evaluations,” which only look at the ultimate “low hurdle” of whether or not spending the money on the project had a positive impact relative to doing nothing—instead of relative to the best alternative use of the money. It’s like evaluating a medical procedure by comparing it only to the alternative of doing nothing instead of to the best alternative procedure. Without competition and hard-budget constraints to force consideration of real alternatives, one has the perfect environment for pseudo-learning, which takes the form of constantly repackaged fads that obscure the underlying dishonesty and almost schizophrenic self-delusion.

Organizations tend to be run as one-party systems where there is no institutionalized and protected exercise of a legitimate opposition function. The people that have the most power to change an organization have the least incentive. The age-old temptations of “one-party rule” are today fortified by the ever-improving public relations function, which continually strives to manufacture the public perception of good work, regardless of the reality.

It is said that there can be open discussion within the organization, but then once the organizational Official View is decided and announced to the outside world, people have to play with the team. In the case of foundations and some elite agencies, the inhibitions against real criticism may have more to do with spoiling the highly collegial tacit contract and norm that “I won’t publicly criticize your work if you won’t criticize mine.” In that brie-and-Chablis atmosphere, real criticism is hardly welcome.

To spur learning, the clash of adverse opinions needs to take place roughly between peers. Yet even when honest criticism is publicly voiced within an organization, one needs to revisit the question of why anyone with power should heed the criticism if there is no hard budget constraint, competition, or public accountability. At the very least, foundations and aid agencies should be encouraged to engage in a little self-help of their own by talking about their goals and the dynamics that help or hinder them in being more effective partners with the communities and other beneficiaries they aim to assist.

David Ellerman is a visiting scholar at the University of California at Riverside and the author of Helping People Help Themselves: From the World Bank to an Alternative Philosophy of Development Assistance (2005) based on his ten years in the World Bank.

David Ellerman is a visiting scholar at the University of California at Riverside and the author of Helping People Help Themselves: From the World Bank to an Alternative Philosophy of Development Assistance (2005) based on his ten years in the World Bank