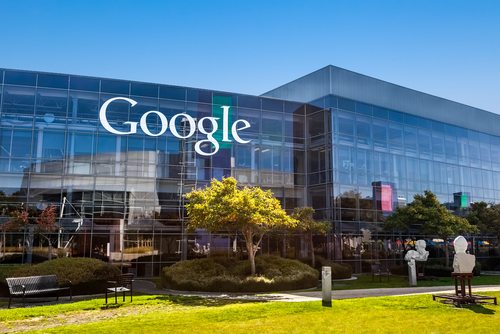 While school districts in Durham, North Carolina, and Pittsburgh, Pennsylvania have turned their backs on Teach for America, the two-year teaching program for low-income and troubled communities, tech company Google has actively forged a relationship with the nonprofit organization. The two trends, however, are connected. Among the problems that local communities have voiced is the “two years and gone” problem—linked, of course, to inadequate teacher training and commitment to the profession.

That is being further solidified with Google’s partnership with TFA, which allows individuals who have been offered positions at the company to first complete their two requisite years teaching in the program before beginning work at Google.

What’s appealing to Google about TFA alums are the skills they learn on the job, working in difficult classroom situations and finding different ways to motivate and connect with students. “TFA graduates have to coach their students in an environment where motivation isn’t always a given…and solve very complex problems that require patience, perseverance, and commitment—things we really value at Google,” said Google spokesperson Megan Casserly. “It’s difficult to find talented professionals with this kind of intense experience at such an early stage in their career.”

In his interview with Business Insider, A.T. McWilliams, a member of Google’s communications team and a TFA alum, discussed how his skills as a teacher in a first-grade classroom, such as having to think on his feet and adapt to different situations, were transferable to his position at Google. Given the five weeks of training TFA provides, which is not an extensive amount, Williams often had to generate creative lesson plans and strategies to engage his first-graders…the same kind of creativity and resourcefulness required of Google employees.

“I think the Teach for America experience is really applicable in any place that requires you to be smart and creative,” McWilliams says.

NPQ has covered several stories questioning TFA’s teaching model, as there has been concern voiced about the organization for several years. While the system may very well enable TFA alums to learn a variety of skills and benefit career-wise from a stint at the teaching organization, many have questioned whether the students are also benefiting from the program.

This past August, school board members in Durham declined to renew their contract with TFA for the 2015-2016 school year, following suit with Pittsburgh, whose school board made the same decision in December of last year. Durham board member Natalie Beyer remarked, “It feels like despite the best intention and efforts, this has potential to do harm to some of our neediest students.” Fellow board member Mike Lee said, “I have a problem with the ‘two years and gone,’ using it like community service.”

Colorado school districts also questioned whether TFA could bridge the gap between students and teachers in diverse school districts. In a state where school officials have been grappling with the “diversity factor” in education, one can understand the concern of schools as whether bringing TFA teachers in is to the district’s benefit, or just that of the participants and their careers.

There lies the difference between TFA’s relationship with Google and that with school districts across the country: Whereas Google is concentrating on the participants’ learning experience as they tackle their two-year commitment for TFA, school districts in Colorado, Durham, and Pittsburgh are judging whether there is any real gain for students in having teachers who may be coming into the profession unprepared.—Shafaq Hasan