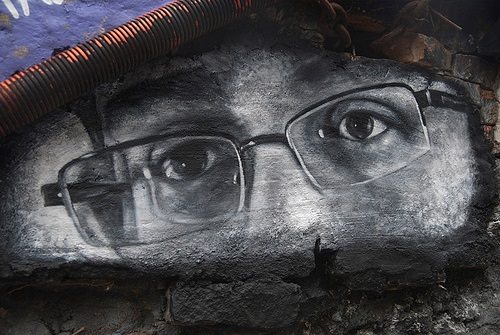 The former presidential candidate who, in the minds of many, actually won against George W. Bush has weighed in on Edward Snowden and the National Security Agency.

In a talk in Montreal, Al Gore said that Snowden had “revealed evidence of what appears to be crimes against the Constitution of the United States” by virtue of his leaks to former Guardian columnist Glenn Greenwald. Remember that, as vice president, Gore was a member of the White House’s National Security Council and privy to briefings from the CIA and the NSA. While Gore has been on record criticizing the NSA in recent months, and in this speech referred to the NSA’s monitoring of communications a practice that had gone to “absurd lengths,” his statement about Snowden himself is important. Like the legislation proposed by Senator Pat Leahy and Rep. Jim Sensenbrenner to rein in some of the NSA’s activities, and President Obama’s own begrudging admission that, as a result of Snowden’s leaks, the NSA’s practices needed to be examined and reviewed, Gore’s statement constitutes yet another recognition of Snowden’s legitimacy as a whistleblower.

The Government Accountability Project defines a whistleblower, based on U.S. and international law, as follows:

An employee who discloses information that s/he reasonably believes is evidence of illegality, gross waste or fraud, mismanagement, abuse of power, general wrongdoing, or a substantial and specific danger to public health and safety. Typically, whistleblowers speak out to parties that can influence and rectify the situation. These parties include the media, organizational managers, hotlines, or Congressional members/staff, to name a few.

Last year, Congress strengthened protections for federal whistleblowers, partly to counter judicial decisions that had narrowed the scope of whistleblowing. According to the American Bar Association, the Whistleblower Protection Enhancement Act of 2012, signed by President Obama, signaled a return to the original purposes of the Whistleblower Protection Act of 1989, which “specifically protected ‘any disclosure’ of covered forms of wrongdoing, i.e., any information that an individual reasonably believes evidences a violation of any law, rule, or regulation; gross mismanagement; a gross waste of funds; an abuse of authority; or a substantial and specific danger to public health or safety.” The 2012 legislation clarified that protections extended to whistleblowers regardless of the whistleblower’s motives for the disclosures or the amount of time that had passed since the pertinent activities had occurred.

Based on the 1989 and 2012 whistleblower legislation, Snowden looks and sounds increasingly like a federal whistleblower, rather than a violator of the Espionage Act. If Leahy, Sensenbrenner, Obama, and Gore continue to speak of Snowden’s revelations as having revealed inappropriate, illegal, or unconstitutional activities by the NSA, rather than being prosecuted as a traitor, Snowden will be a candidate for a ticker-tape parade.—Rick Cohen