Governance Lessons from the SD Opera: Culture, Transparency and Bravery 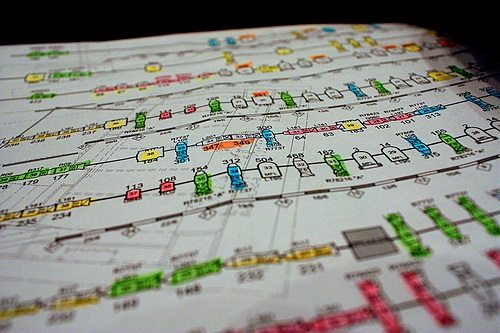 This weekend, the San Diego Opera will open its 50th anniversary season—a season that came perilously close to being cancelled when the company’s board voted last March to cease operations at the end of the 2014 season. Nearly ten months after the company and its board began a highly public meltdown, followed by a hard-won battle to re-engage the community and restructure the organization, San Diego Opera was featured at the 11th annual Nonprofit Governance Symposium at the University of San Diego (USD) on January 10. In a panel discussion titled “Saving the Opera: Lessons Learned from a Board Perspective,” current board president Carol Lazier, board members Linda Spuck and Joe Watkins, and new CEO Keith Fisher shared insights from the wild roller coaster ride they’ve experienced since last spring.

As reported in the San Diego Union-Tribune, the panelists candidly described missteps and lapses in governance that led to the company’s crisis. Two of the most compelling quotes cited are these:

“The leadership was concentrated in a few individuals. It wasn’t spread out across the organization, as it should have been. As board members, we were very much to blame as well, because we allowed that to happen. But the concentration of power needs to be with the (entire) board, and you just need to be really careful that it’s not abused.”—Carol Lazier

“Sitting in that room, I suddenly realized all the information I didn’t have because of the culture of the board, and suddenly the fiduciary responsibility is staring me in the face.”—Joe Watkins, on the surprise vote in March 2014 to close down the company

Following are the headlines of the governance “lessons learned” from the near-demise of the San Diego Opera.

Of course, these truths should be self-evident to anyone who works in the nonprofit sector or serves on a nonprofit board. But the fact is, people often join nonprofit boards with the very best of intentions but without the information or preparation they ought to have to fulfill their fiduciary responsibilities. And unfortunately, this lack of information and preparation most often comes to light during times of organizational crisis or vulnerability.

In introducing the panelists from San Diego Opera, symposium leader Liz Shear, a UCD instructor and nonprofit consultant, referred to the San Diego Opera’s current board of directors as “the bravest board in the United States” and applauded the work they have done to affirm that the opera belongs to the community, not to the board or the staff.

It’s fair to say many boards would not have withstood the public feuding, media coverage, and governance and fiscal challenges that the San Diego Opera directors had to wrestle with in recent months, so perhaps they are the bravest board in the country. But any nonprofit board that’s doing its job well is wrestling with some of the same issues—albeit not so publicly—and those that are doing their jobs exceptionally well understand that being brave is, in fact, an important part of the job description.—Eileen Cunniffe