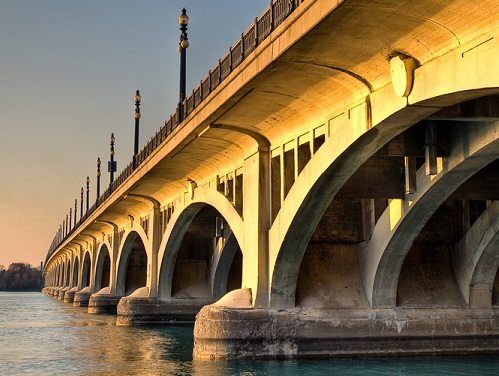 It didn’t take long for congressional Republicans to emulate President Gerald Ford’s message to New York City forty years ago in telling Detroit that they weren’t going to tolerate anything that sounded like a bailout for the largest city ever to declare bankruptcy—except that, as far as we can tell, Detroit actually hasn’t asked for a bailout.

The most visible Republican activist taking aim against Detroit’s phantom bailout has been Sen. Lindsey Graham (R-SC), who introduced an anti-bailout amendment to a bill for appropriations for financial services and general government operations. His amendment lost on a very close 16-14 vote, but it suggested the tenor of Republican attitudes toward the city and people of Detroit. Other anti-Detroit bailout floaters were introduced by Sen. John Cornyn (R-TX), Sen. Orrin Hatch (R-UT), Sen. Ron Johnson (R-WI), and Sen. David Vitter (R-LA) in an attempt to pepper a variety of bills with anti-bailout markers. Their intent, according to Cornyn, was to prevent any effort of Congress to “bail out Detroit or any American city that mismanages its public finances.”

While not specifically telling Detroit to drop dead, the Obama White House isn’t offering a bailout or much else to the beleaguered Motor City. Treasury Secretary Jack Lew went on ABC’s This Week to confirm that the White House wasn’t offering the bailout that Graham and others seem too panicked to prevent. “Detroit’s economic problems have been a long time in developing,” Lew told ABC’s George Stephanopoulos. “We stand with Detroit trying to work through, uh, how it approaches these issues…I think when it comes to the questions between Detroit and its creditors, that’s really something that Detroit is going to have to work out with its creditors.”

Where are nonprofits on municipal bankruptcies like Detroit’s? That is going to be a big question requiring nonprofit sector leadership at the local, state, and federal levels. In the wake of Detroit’s bankruptcy declaration, the big national debate is over which city is next in line to seek Chapter 9 protection—or how many. The mayor of Syracuse, Stephanie Miner, wrote a somewhat confusing op-ed in response to the Detroit situation, suggesting that, on one hand, to avoid Detroit’s fate, cities would have to develop a new economic model, “smaller, more nimble, and often housed in nonprofits…built on intellectual capital.” However, she also wrote that the new economic model should require that “nonprofits needing expensive government services…pay for those services,” as though nonprofits were not paying for the services they deliver to people in need (in many cases, nonprofits pay for more than their share of services) or that they, rather than people in need, were the ultimate beneficiaries.

Press coverage of the bankruptcy has occasionally mentioned the efforts of nonprofits to revitalize the city, acknowledging that while government and others frittered away opportunities, nonprofits have doggedly stuck it out. Typical encomiums have lauded such nonprofits as Midtown Detroit, Inc. and Motor City Blight Busters, but the bigger issue is how nonprofits are going to join foundations, the business sector, government, and organized labor at the table in crafting a new, sustainable, healthy, mid-sized Detroit future—and how nonprofits are going to answer Lindsey Graham’s (and possibly Jack Lew’s) “drop dead” messages.—Rick Cohen