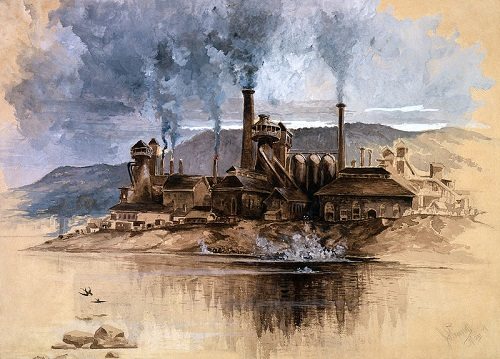 In Northampton County, Pennsylvania, a grand jury has declared in a 38-page report deemed “scathing” that, due to negligence, the state should review and potentially dissolve the nonprofit group behind the National Museum of Industrial History. The museum has not yet opened despite spending $8 million in operating costs over the past decade.

This appears to be a unique situation in that no evidence of criminal activity is alleged according to District Attorney John Morganelli, who declared, “This is to protect the public. It is to protect donors who might want to give their money somewhere else that is actually going to result in something concrete, and it’s to protect the taxpayers.”

Since 2002, the museum has spent $2.4 million on compensation for CEO Stephen Donches and between $2.5 million and $3 million on renovations to the museum site.

The grand jury finds that Donches, who was a former vice president of Public Affairs at Bethlehem Steel, does not have the qualifications or experience needed to start the museum. It recommends that he resign—or that the board terminate him and hire a more qualified chief executive—and also that the board get legal counsel and consider legal action against Donches for negligence and breach of contract for mismanaging funds donated to the museum. The grand jury requested the Pennsylvania Attorney General’s Office investigate and forcibly dissolve the nonprofit if it finds the museum has failed its mission.

The original members of the board were also all former Bethlehem Steel employees. Apparently, several of them became involved in business deals with the museum that presented conflicts of interest. “The museum was a resting place for soon-to-be unemployed officials of the (Bethlehem Steel) corporation who continued to benefit from high-paying salaries, retirement benefits and other benefits at the expense of the organization,” according to the grand jury’s report. One boardmember, Lee A. Butz, was the principal of construction management company Alvin H. Butz Inc. of Allentown, which was awarded $2.84 million for work on the museum.

Morganelli said the investigation was sparked by the continued delay of the museum, which raised a red flag. The Express-Times reported in 2010 that the museum had spent $8 million on operating costs over a decade, but still did not have a completed museum. The same article reported Donches’ salary of $180,000 was more than double the earnings of the executive director of the similarly sized America on Wheels museum in Allentown.

The museum’s funds are reduced to $770,000 despite the fact that it spent $1 million on four different firms which were supposed to help in fundraising between 1999 and 2011, the report states. These efforts brought in just $75,000. None of these efforts were put out to bid; Donches merely, according to the report, steered work to friends and people he knew.

Charles Marcon, chairman of the board of trustees, issued a five-page response separate from the board and will convene an emergency museum board meeting in the next few days. For his part, Stephen Donches wrote a seven-page statement, saying, in part, “Monday-morning quarterbacking has no place in the serious responsibilities of a special investigating grand jury. To suggest the project was a conspiracy to employ retired corporate executives is unfounded and demonstrates Mr. Morganelli’s personal antagonism toward me and others who have put so much time, effort and money into the project.”

“The district attorney’s assertion that the board simply defers to me and rubber-stamps my recommendations and decisions is untrue,” Donches wrote. “The board consists of leaders in their fields who are used to exercising authority, who are thoughtful and who understand their responsibility as board members.”—Ruth McCambridge