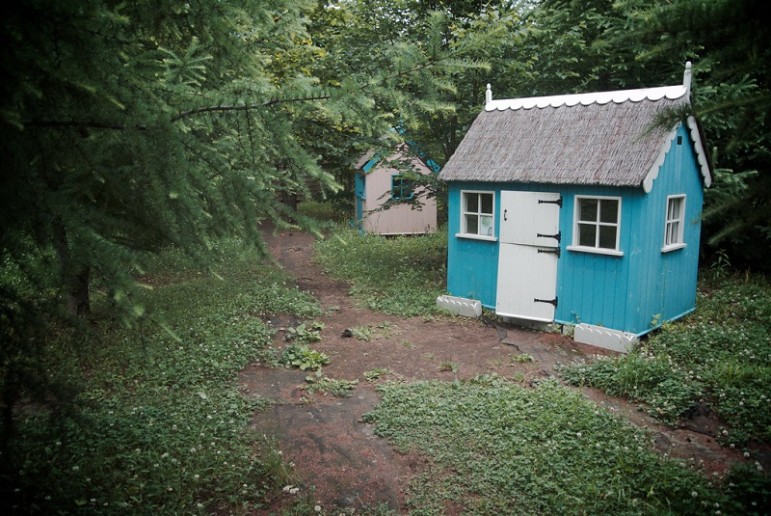 The Christian Science Monitor has an article about the frustrations of accessory dwelling units. Back in 2009, Ira Belgrade converted a detached rec room in his back yard into a rental unit. What happened next is a little unclear from the article, but apparently the City of Los Angeles determined that the converted rec room was 15 feet too close to the property line. The article also alludes to a lawsuit by a neighbor claiming that the accessory unit was illegal.

Belgrade’s predicament is also indicative of a broader cultural clash, researchers and observers say. Longstanding notions of the ideal American home, and policies meant to preserve it, are colliding with a reality of soaring housing costs, stagnant incomes, and a growing desire to live close to walkable city centers. The result is a struggle that cuts to the heart of the American Dream as it was imagined by the generations following World War II.

While Mr. Belgrade’s accessory unit was not really designed to provide a home for an aging parent, Emily Badger writes for the Washington Post about the same issue focusing on a real granny. As with Mr. Belgrade, complications struck Julia Coffee, who built an accessory home in her daughter’s backyard in Los Angeles.

They were just finishing the place when a lawsuit earlier this year against the city of Los Angeles brought permits for homes like theirs—second units on single-family lots—to a halt. As a result, city officials who gave them permission to build now haven’t given them a certificate of occupancy, and the utility won’t connect them to the power grid.

Both stories illustrate a growing interest in accessory dwelling units that clash with city codes and community expectations. Earlier this year, NPQ featured a story about how cities were wrestling with housing codes for “micro houses” which are dwelling units under 400 square feet. Opposition to these properties is usually expressed as being based on one (or more) of three issues: health and safety concerns, fuzzy definitions of what is a dwelling unit, and zoning codes designed to preserve community standards.

Health and safety violations are the most often cited basis for opposition to accessory dwelling units. In NPQ, Maggie Hodge Kwan wrote about an effort to stop micro homes for the homeless in the San Pedro neighborhood of Los Angeles. “Politicians and neighborhood residents aren’t the only stakeholders with reservations, though; Tahia Hayslet, the executive director of a nonprofit created to assist the homeless, is concerned about the lack of bathrooms and cooking facilities for residents.”

Fuzzy definitions of what is an accessory dwelling unit are dramatized in a recent story in the Toledo Blade, which reported on an accessory house on wheels.

But on move-in day, a township zoning inspector arrived, asking for a permit. Then, in the days following, the health department also showed up, noting a violation. Yet there is no residential permit for a tiny house in Spencer Township—or hardly anywhere. That’s because the Ryes’ tiny house is not considered quite a dwelling, as it is on wheels. And it’s not a mobile home or an RV, either, as it was constructed as a permanent residence. It’s a “tiny house,” and tiny homeowners across the nation are asking how they can legally “go tiny,” with a lack of ‘legal’ places to live or codes in place allowing their homes.

Is the Rye’s dwelling a house on wheels or a vehicle that people sleep in? Can it be taxed like real property?

Community standards seem to be at the root of the problems presented in the Belgrades’ and the Coffees’ stories. Putting an accessory dwelling unit on a lot in an area zoned for “single family” homes can make neighbors nervous. The Christian Science Monitor explains this aversion to accessory housing as “a broader cultural clash, as longstanding notions of the ideal American home” and cites experts calling for a rethinking of what “home” means in the 21st Century.

Property values are often cited, but it could be the fear of difference that’s buried in the notion of community standards. The idea of a single-family home occupied by a collection of unrelated individuals is just as unsettling as an accessory unit. For many, the presence of unrelated individuals or extended families generates visions of overcrowding and “strangers” who are “transient.” It’s hard to measure, but easy to recognize. Whether the group is returning citizens, developmentally disabled persons, or battered women, single-family homeowners owners think, “They are not like us.”

Occupancy restrictions in particular can be viewed as an attempt to impose Euro-American middle class standards on a much more diverse U.S. population. Rules like the Keating Memorandum (HUD’s two-people-per-bedroom rule) and zoning codes that prescribe persons/square foot are not culturally sensitive to large, multigenerational households. They are, in fact, a post–World War II cultural creation. As the Christian Science Monitor article notes, “Today’s shifting views around housing might also be seen as a kind of return to the perspectives of the late 19th and early 20th century, when jobs born of the Industrial Revolution drew Americans to cities. At the time, many homes housed more than one family.”

Earlier this year, NPQ expressed some frustration with the myriad of “solutions” to the homelessness and affordable housing crises in the U.S.

We have seen one bright-eyed young thing after another come up with a social enterprise in this sphere, get a bunch of press and then, presumably, move on. Most of these ideas exist outside the realm of what most people would long for in their own housing.

But how do we know in 21st-century America what housing choices American families are willing to make in the face of rising costs, culturally differing expectations of privacy, and cultural traditions favoring extended families? Novelty or necessity, accessory dwelling units are probably here to stay.—Spencer Wells