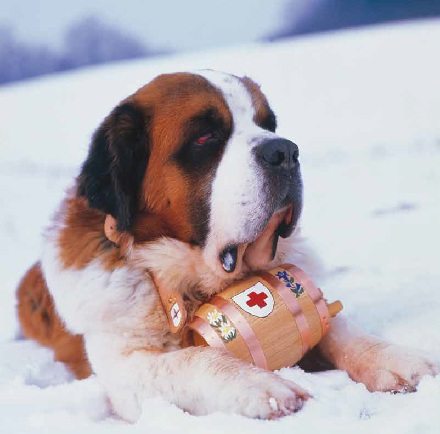 We routinely hear desperation among community nonprofit executive directors about finding and keeping a good development director. This frustration is matched only by the exasperation many executive directors profess about the performance of the development directors they have hired. “She hasn’t brought in a single new foundation funder yet, and she’s been here six months!” and “I thought he was bringing his donor contacts from his previous job, but our individual giving numbers are where they were before he got here!”

These all-too-common refrains are part of an unhealthy dynamic in many nonprofits: the revolving-door development position. In our practice, we regularly encounter organizations that have hired three development directors in three years as well as those that limp along with a development director position that has been vacant for months. According to the Opportunity Knocks Nonprofit Retention and Vacancy Report 2010, over the past year, development positions have stayed vacant longer than any other in nonprofits. [1] The extent of turnover and vacancy in such a critical role—especially in this challenging economic context—undermines the financial viability of our organizations and, ultimately, the services we provide as well as the movements we lead.

What Kind of Development Position(s) Do You Need?

Business model, not budget size, dictates when an organization needs to add development staff and the kind of development position(s) it requires. An organization with primarily grant and contract funding, for example, may not need a senior development strategist, but rather an effective grant writer to partner with the executive and senior program staff on developing proposals. For this kind of organization, another option is to create a development manager or associate position to handle the administrative aspects of institutional fundraising: maintaining the database, developing the standard proposal attachments, handling acknowledgments, and so forth.

Increasingly, we have seen success with a team-based approach to resource development. Not only does it develop and leverage the strengths of organizational staff beyond the executive and development positions, but it distributes the work and accountability for building and nurturing relationships and thinking about financing the organization’s work over time—which, in our view, are all healthy things to spread within a nonprofit culture. In Team-Based Fundraising Step by Step, fundraising expert Mim Carlson argues that “a group with complementary skills can reach far more people, ask for more contributions, and move much faster than any single fundraiser, no matter how expert that one person is.” [2]

In determining how to staff the development function, it is also important to distinguish between communications and fundraising. These two efforts are related and need to be well coordinated, but they have key differences. “Communications and fundraising are two sides of the same coin,” says nonprofit communications expert Holly Minch. [3] “Both are designed to position the organization as credible and effective. Both rely on the arts of influence and persuasion. Both demand strategic, consistent, diligent effort to be of greatest impact.”

But Minch also clearly distinguishes between their aim and process and generally discourages the lumping of functions into titles such as director of communications and development. “I feel for folks in those combo roles, because they’ve been charged with Mission Impossible. Because fundraising is linked to the organization’s survival, of course communications is going to fall to the bottom of the priority list, which, sadly, makes the fundraising portion of their job more difficult. Smart communications build credibility and ‘tee up’ the ask.”

If you decide to hire a senior-level development position, whether for a manager or a director, then it’s time to get performance expectations and accountability extremely clear. Based on our experience with hundreds of executive directors and organizations, we offer these eight “great expectations” that we believe every community nonprofit executive should have of herself, her development director, and her organization.

The range of potentially necessary skills and experiences that a development director might bring to his work is broad, from writing skills to special event planning to major donor development to social-media talents. No one can do all or even most of these things well. Before you hire a development director, it’s critical to determine the must-have skill set given the primary funding strategies of your organization. Then, of course, ask each candidate and their references for specific examples of success that bear on your primary fundraising strategies.

Expectation Two: Expect to pay well, but ethically. It is clearly a seller’s market for experienced development directors with a proven track record of success. So, yes, you have to pay a good market-rate salary to attract and retain a strong development director. In fact, we frequently have to counsel executive directors that until they are willing to bring their own salaries up to market rate, they cannot hire exceptional talent in other positions given the inappropriate ceiling on their own salaries. Expect to offer a competitive salary and—if consistent with the compensation plans of other senior managers—a performance-based bonus.?But you should not expect to pay development directors percentage-based compensation. The Association of Fundraising Professionals (AFP) Ethics Committee defines percentage-based compensation as “any compensation that is based on a percentage (sometimes referred to as a commission) of contributions raised.” AFP strongly opposes this compensation strategy, arguing that it puts self-gain ahead of mission, damages donor trust, and can encourage self-dealing. “AFP believes that individuals serving a charity for compensation must first accept the principle that charitable purpose, not self-gain, is paramount,” the committee wrote in a white paper on professional compensation. “It is our view that if, by definition, private financial benefit cannot inure to the charity, it should not inure to the worker.” [4] AFP does not oppose providing bonuses to development directors so long as such bonuses are typical of how you reward other senior managers and are based on annual performance goals rather than on a percentage of contributions raised.

Expectation Four: Expect to spend more time fundraising. Once you have hired a strong development director, don’t expect to do less fundraising. In most community nonprofits with a mix of individual and institutional donors, executive directors are the primary external face of these organizations.

Expectation Five: Expect a board to be exactly the board you recruited. If you did not recruit your current board members with a clear understanding of their commitment to and skills in fundraising, hiring a strong development director cannot change that. It is your job and the chair’s—not the development director’s—to create the expectations for fundraising on your board.

Expectation Six: Expect to spend money. Beware the new development director who after three weeks on the job says, “I can’t raise money if you don’t buy me [fill in the blank with expensive software package].” A discussion of the current state of the fundraising infrastructure and planned investments therein should be part of the hiring process. It’s critical that before she takes the job, an incoming development director evaluate whether she can be effective with your organization’s available resources.

Expectation Eight: Expect ROI. Clearly the investment in a strong development director should produce an excellent return. But in this case, how do we define return on investment? First, in your calculations of ROI, include more than annual amounts raised. While dollars are the most obvious metric, also consider the value added by a good development director in training and mentoring less-experienced fundraisers on staff and board;? in setting up systems that effectively track, thank, and engage donors;? and in many cases, in serving on the organization’s senior-management team. In short, don’t hire and evaluate a development director as though her only value is represented by total dollars raised.

Still, a development director’s job is to direct fundraising efforts, and the theory is that, with someone dedicated to this assignment, your organization is going to raise more money than it otherwise would, and in a more efficient and sophisticated manner. It is critical that upon hire, and then annually, you work with the development director to develop and monitor detailed fundraising performance metrics. These metrics should flow from the aforementioned development plan and annual budget. You’ll need a budget and success metrics for each fundraising channel (e.g., your newsletter, your holiday appeal, your foundation grantwriting, and so on). Note that each fundraising channel has a unique ROI. Direct mail may return much less per dollar spent than grantwriting, for instance. And further, the recession and shifts in giving patterns affect each channel differently.

Understanding your fundraising investment and ROI is a critical executive responsibility. The executive director and development director who work together to make meaning of their development data will be a more focused and effective fundraising team.

Whichever metrics you choose together, the critical point is that you and the development director share an understanding of what success looks like and the roles each of you has in getting there. Without clear, measurable targets the ROI on your investment in a development director can never be accurately calculated.

On the Road to Success

But armed with clear goals, agreed-upon time frames for those goals, and an understanding of how an executive director wants these goals achieved, an incoming development director can get up to speed and deliver on the need that brought her to the position in the first place: the need for solid fundraising. For executive directors, clear expectations are the key to great expectations.