Greenpeace, Peru, and the Nazca Lines: The Considerations Now 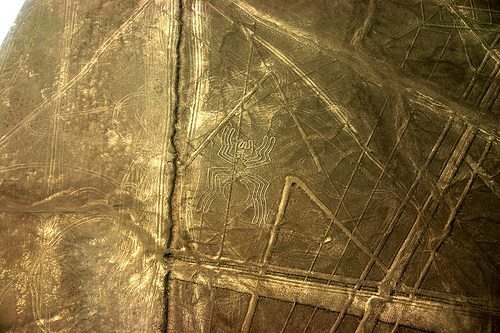 The Greenpeace demonstration that irrevocably marred the Nazca lines in Peru sparked intense discussion worldwide about the relationship of environmental advocates to developing countries, though relatively little in mainstream U.S. press coverage. Some people defended Greenpeace as having tried to make a powerful statement that would grab the attention of the delegates attending the world climate summit in Lima, with no intent of causing offense or damage. Others argued that Greenpeace should apologize and attempt to offer reparations, though not to accede to the requests of Peruvian authorities to turn over the names of the Greenpeace activists involved for legal action. Still others were harsher, arguing that Greenpeace’s executive leadership was ultimately culpable and should take the fall, while the individuals involved in the protest should be turned over to Peru for criminal prosecution.

In the weeks since the event, the dynamics haven’t been quite so clear-cut. To be sure, Peru has announced it would officially try to prevent three Greenpeace activists, plus Greenpeace CEO Kumi Naidoo, from leaving the country, ostensibly for prosecution, except that the four aren’t actually in Peru at the moment. Peru’s Culture Minister, Diana Alvarez-Calderon, added that the country would pursue legal action against Greenpeace in international courts if it could not get the Greenpeace four to stand trial in Peru itself.

The prosecutorial actions of the Peruvian authorities were to be expected, but another lurking problem—for Peru—emerged. Apparently, Greenpeace activists were hardly the only intruders onto the archeologically sensitive Nazca Lines site. Earlier reports had indicated that the Nazca site was already suffering damage due to poachers, illegal miners, tomb raiders, truck drivers, and others entering the area in violation of Peruvian law. Now, it appears that a Japanese television crew entered the site without permission in January 2013 and two Russian photographers working with a drone company did so in 2012. A Peruvian archeologist, Mario Olaechea, drove the Japanese film crew in 2013 and the Greenpeace activists last year to the Nazca Lines despite only having had permission to fly over the area, and for his troubles, Olaechea is facing judicial action himself.

The Greenpeace action may have been ill-advised, to put it mildly, but it had the result of revealing how easy it is to get to and get into the Nazca Lines area, designated a protected World Heritage site, and how ill-prepared and perhaps underfunded the Peruvian efforts to protect the area might have been. Peru now has to address exactly what it has or has not done to protect that unique site, regardless of the Greenpeace incident.

Why would Greenpeace have undertaken an action so extreme and risky as its protest at the Nazca Lines? While NPQ can hardly justify the Greenpeace action, there are some who say the Greenpeace message in favor of renewable energy and against the practices that lead to manmade climate change is difficult to hear and often threatening to the powers that be. As a well-known group, Greenpeace does find itself on the receiving end of governmental actions in some cases aimed at restricting or silencing the organization. For example, India’s Intelligence Bureau has apparently determined that Greenpeace India is a “threat to national economic security” because its environmental protests might harm India’s economic progress. In 2012, the Canadian Security Intelligence Service named Greenpeace as one of the “multi-issue extremists” that could be a threat to Canada’s “critical infrastructure.” In democracies like India and Canada, the labeling of Greenpeace as a threat to security seems extremely odd, to put it mildly.

It doesn’t take much for an international organization like Greenpeace to run into allegations that it is extensively foreign funded and therefore should register with local authorities. One might expect something like that in Russia or Egypt, but Greenpeace finds itself on the receiving end of guidelines in democracies like India as well that also see it as a foreign-funded NGO. Just the other day, a Greenpeace activist from India, Priya Pillai, was prevented from boarding a flight from New Delhi to London where she was invited to address British parliamentarians on the threat to Indian forest communities from coal mining. After a few hours of airport detention, Pillai was told she was on an Indian no-fly list (actually a “lookout circular”) and her passport was then stamped “offload.”

Greenpeace’s stumbling and bumbling into the Nazca Lines historic site may go down as a boneheaded stunt, but the challenges for an international NGO dedicated to environmental protection and against mindless carbon pollution, especially for the developing world, are increasing, not decreasing. It puts Greenpeace in an awkward position: How can it keep pushing the renewable energy issue without falling prey to bigger, deeper criticisms from the powers that exist to promote coal-fired energy plants? How is it to galvanize popular attention to the crisis of climate change without getting lost in the cacophony of environmental messages—pro, con, and in-between? None of this excuses Greenpeace for its tone-deaf attention-getting protest, but some of the dynamics around Greenpeace make the potential motivation for the action comprehensible at least, even if it was the wrong thing to have done.—Rick Cohen