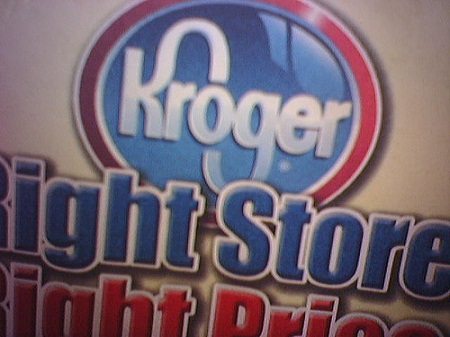 When Kroger announced that it will be closing two grocery stores in Raleigh, N.C., the Women’s Center of Wake County, N.C. wondered what it was going to do with the $3,500 worth of Kroger gift cards it had bought to give to constituents in need. The U.S. Department of Agriculture has labeled Southeast Raleigh, N.C. a “food desert”—an area where low income residents have little or no access to a supermarket or grocery store. This is a problem that NPQ has written about many times. In this case, the Women’s Center’s Jean Williams tells WRAL that once the two Kroger stores shut down next month, it will take some people an hour bus ride plus a mile and a half walk to reach the nearest Kroger store. Double all of that for a round trip.

Realizing that it now had a lot of gift cards on its hands that might be of limited help to its clients once the stores on Raleigh’s Martin Luther King Jr. Boulevard and New Bern Avenue close, Williams reached out to Kroger to ask for a refund. The request was met with an e-mail from Kroger stating that refunds are not allowed. Williams’ next call was to WRAL News. When the media outlet called Kroger, WRAL reports that it got a different response from public affairs man Carl York:

“Per our refund policy, we do not traditionally refund gift cards purchases, as all Kroger gift cards can be used at stores through the Triangle…Given our commitment to the Southeast Raleigh community for the past 10 years, we recognize that the situation is unique and should be addressed outside of our standard policy…Once division management was informed that the Women’s Center of Wake County wished to refund their gift card purchases, we immediately took steps to rectify the situation…We want to continue to support the community of Southeast Raleigh that has been affected by the store closings, and we very much value the work that the Women’s Center does in Wake County.”

In other words, they’ll grant the refunds. A couple points stick out in this situation. First, while Williams was smart to call WRAL, it really shouldn’t have taken the involvement of a local news organization to bring about this result. This was clearly a situation where company policy was at odds with common sense. We’ll give the Kroger employee who initially responded to Williams’ request the benefit of the doubt and assume that he or she may have wanted to help but perhaps was not given the authority or flexibility to exercise their own judgment. It’s a good question for nonprofit managers, too: have you equipped your employees to exercise their own discretion, or have you trained them to fear any deviation from “the book?”

More importantly, however, the takeaway here is that the refund is not much of a consolation prize to the Women’s Center and its constituents, given that this food desert will now be all the more barren with the loss of these two grocery stores. Raleigh’s mayor and City Council are reportedly sending a letter to Kroger to ask it to reconsider closing, but unfortunately, if the company has already come to the conclusion that the closures are best for its bottom line, it’s hard to imagine that it would reverse course or put the public interest in not exacerbating a food desert ahead of its shareholders’ interest in maximizing profit. If Kroger really is leaving, maybe Raleigh’s city leaders ought to be looking at nonprofit grocery store models, such as Chester County, Pa.’s Philabundance, as a more viable alternative. –Mike Keefe-Feldman