Nonprofits Must Adapt to Continued Growth in Donor-Advised Funds 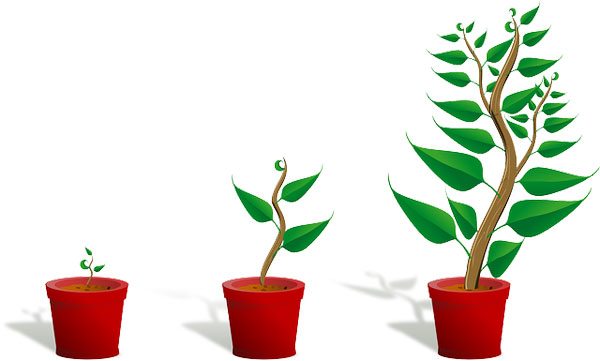 December 29, 2017; ThinkAdvisor and The Atlantic

Donor-advised funds are the charitable vehicle of choice for a rapidly increasing number of donors. Whether this is good or bad news is a matter of debate, but their growing attractiveness to both donors and sponsoring organizations is not. They have become a force that must be understood and considered by all nonprofit organizations. We would argue that part of that process should be in the exploration of the need for further regulation of these vehicles.

The growth of DAFs has been quite remarkable. The National Philanthropic Trust’s 2017 Donor-Advised Funds Report found that in 2016 there “were approximately 285,000 individual donor-advised funds across the country. Donors contributed $23 billion to these…funds and used them to recommend almost $16 billion in grants to qualified charities. Both grants and contributions are record highs. Charitable assets in donor-advised funds totaled $85 billion, an increase of 9.7 percent over the prior year.”

Almost 25 percent of funds donated to the top 400 charitable organizations, according to the Chronicle of Philanthropy, were to donor-advised funds.

Early reports on 2017 giving seem to indicate that this pattern is continuing. Linda Wolohan of Vanguard Charitable told ThinkAdvisor that “as of mid-December, Vanguard had seen a 45 percent year-over-year increase in new accounts, a 41 percent increase in the number of contributions and a 40 percent increase in the number of grants. In addition… 81 percent of gifts from Oct. 1 to Dec. 12 were noncash assets, including appreciated securities. As well, 80 percent of grants during that period were unrestricted.”

According to the Internal Revenue Service, “a donor-advised fund is a separately identified fund…that is maintained and operated by a section 501c3 organization…. Once the donor makes the contribution, the organization has legal control over it. However, the donor, or the donor’s representative, retains advisory privileges with respect to the distribution of funds and the investment of assets in the account.”

The allure of a DAF to a donor is the immediate benefit of a charitable contribution combined with a continuing ability to control where and when funds are distributed. Because the administrative overhead is borne by the sponsoring organization, DAFs are an attractive alternative to forming a charitable foundation.

Supporters of the use of donor-advised funds see this growth as a positive. They note that donor-advised funds to distribute a larger portion of their total assets to operating charities than many foundations do, exceeding 20 percent in 2016. While there is no legal obligation for any level of annual distribution from a DAF, this compares very favorably with traditional foundations, which are required to make a minimum annual distribution of five percent of their assets.

The attractiveness of DAFs has fostered a new form of charitable organization whose sole purpose is to serve as a sponsor. Leading this new wave have been several major financial management firms that recognized a business opportunity in allowing their investors to make planned donations while retaining management of these funds. This strategy has been so effective that the list of the nation’s largest charities now includes Fidelity Charitable, Schwab Charitable, the Vanguard Charitable Endowment Program, and the Goldman Sachs Philanthropy Fund alongside United Way International and ahead of most large, longstanding charities.

Community foundations and other nonprofit organizations have recognized the appeal of DAFs to their current and potential donors and the challenges posed when these funds move to other managers. They have begun to aggressively market opportunities to establish funds within their structures. According to ThinkAdvisor, “Community foundations, which have been losing market share to national DAF sponsors, are taking a page from these behemoths’ playbooks, assembling small groups of financial planners who can point clients in their direction. Some are also cutting investment and management fees to become more competitive with the likes of Fidelity Investments and its charitable arm.”

For critics, while the amount of total giving may not decline and may even grow, the increasing share that ends up in DAFs is a net charitable loss. Alan Cantor, a philanthropic consultant, was recently quoted in the Atlantic saying, “They’re becoming holding tanks for charitable dollars…The money goes out at a very leisurely pace.” Without the donor-advised option, critics claim, these funds would go directly to an operating organization and not be retained in a fund awaiting future distribution. They also threaten the relationship between donor and recipient organization by placing a third party in the middle.

One other concern is what happens to these funds when the advising donor dies without leaving direction for the total distribution of “their” fund. Sponsors who have an ongoing charitable purpose beyond the raising and management of charitable funds may not see a major problem posed here. The potential to meld DAF distributions into their ongoing work is one of the allures bringing these organizations into the business of fund management. For organizations who have been regular recipients of fund distributions, the lost direct relationship with the donor may not survive this moment of transition. When funds are left to organizations whose only business is operating these funds, like those with financial management firms, it seems more problematic. Charity is not their focus, and how these “orphan” funds will eventually be used is less clear.

Since the new tax law did not change the rules for donor-advised funds, like them or not, nonprofits of all shapes and sizes will need to adapt to their growing share of the charitable market place. Donors using their DAF as the vehicle for what was once direct personal giving will require new strategies. While the identity of some donors may be easily learned from the name of the DAF, this is not true of all. Solicitation, recognition, and record-keeping strategies will need to adapt.

The question of whether an organization should offer DAFs as a giving vehicle will remain one in need of an answer. Weighing the costs and risks of taking on this effort against the potential benefits of “capturing” a donor through their DAF is critical, particularly for smaller organizations. Whatever an organization’s answer might be, having a strategy to adapt to this growing segment of the funding base is critical.—Martin Levine