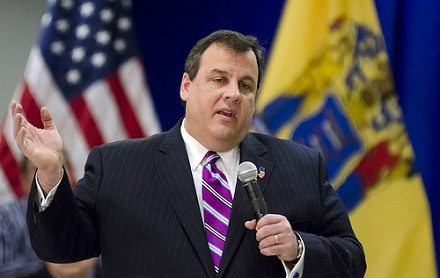 Mitt Romney’s blunderbuss tour of the U.K., Israel, and Poland hasn’t deterred his Republican governor supporters from celebrating the former Massachusetts governor’s candidacy for president. New Jersey Gov. Chris Christie was an early endorser of Romney’s candidacy and is in Aspen for a Republican Governors Association meeting and for a Romney fundraiser he will be holding with his colleagues Gov. Nikki Haley (South Carolina), Gov. Bobby Jindal (Louisiana), and Gov. Scott Walker (Wisconsin).

Also joining the governor are William Palatucci and Robert Stack (not the actor). Who are Palatucci and Stack? Remember the criticism of New Jersey’s pathetic oversight of halfway houses (as we noted here in the NPQ Newswire)? Palatucci is a senior VP at Community Education Centers (CEC), one of the state’s halfway house operators that was highlighted in the New York Times coverage for reports of drug usage, gang violence, and rapes at its facilities. Palatucci is a close friend and advisor of Christie’s and touts CEC’s nonprofit arm in response to criticism of the for-profit parent corporation’s bottom line orientation. Stack is the founder of the Princeton-based Community Options, the state’s fifth largest nonprofit. Community Options is a huge service provider and employment-training source for people with disabilities.

Stack has been a reliable contributor to Republican candidates and the New Jersey Republican State Committee’s PAC, while Palatucci has donated generously to Republican candidates, committees, and to Christie’s gubernatorial campaign. In both cases, the sums aren’t stunningly huge, but enough to capture attention of political fundraisers and perhaps to get the two some private access with other governors that they might conceivably ask for state contracts someday.

It isn’t much of a stretch to imagine that the presence of Palatucci and Stack at the closed-door governors’ conference might help them get visibility and build support for the privatization of government functions in services to the disabled and the management of halfway houses. This is what it’s all about, right—access and face time leading to government contracts?—Rick Cohen