GWU Not Need-Blind in Admissions, Lied about Its Preference for Wealthy Students 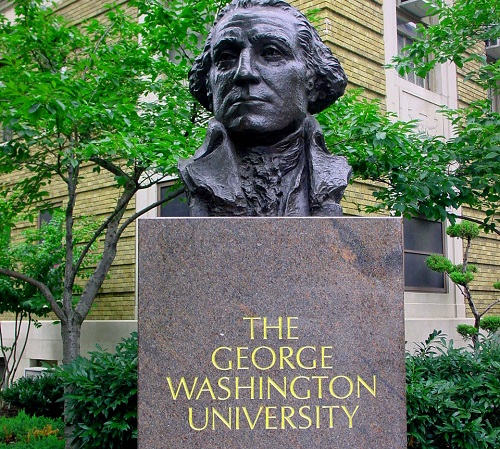 Nonprofit universities are sometimes poor champions of the values of the nonprofit sector. Take the George Washington University, long ranked at or close to the top of the most expensive colleges in the country (in 2011-2012, it had the nation’s third highest tuition and fifth highest tuition and fees). Last year, GW found itself dumped from the US News and World Report rankings of top colleges because of the revelation that, for years, it had been overstating the academic credentials of its incoming freshmen. GW’s president Stephen Knapp, accepted the US News decision to list GW as “unranked” and committed himself and the school to honest and transparent reporting, “no matter what you think the consequences might be.”

Based on original reporting by the GW Hatchet, the school’s student newspaper, ProPublica’s Marian Wang wrote today that GW “has been misrepresenting its admissions and financial-aid policy for years, touting a ‘need-blind’ admissions policy while in fact giving preference to wealthier students in the final stages of the admissions process.” (Note: The original Hatchet article says that despite the nominal policy, the school has always violated the stated policy and factored in financial need regarding admissions.) The official school policy had been, as stated on the GW undergraduate admissions page, “Requests for financial aid do not affect admissions decisions.” That statement, clearly incorrect, was taken down and replaced over the past weekend. The school now says it doesn’t evaluate candidates initially based on financial need, but does factor in applicants’ financial resources “at the point of finalizing admissions decisions.”

In other words, GW had not been telling applicants the truth when it stated that it was need-blind.

It isn’t an inconsequential policy decision on the part of the school. According to the original reporting by Jeremy Diamond for the GW Hatchet, “Students who meet GW’s admissions standards, but are not among the top applicants, can shift from ‘admitted’ to ‘waitlisted’ if they need more financial support from GW. These decisions affect up to 10 percent of GW’s roughly 22,000 applicants each year…. Without knowing, wealthier students who were slated to land on the waitlist are accepted, taking the spots of students who would need more financial aid from GW.”

Wang reports on the debate among colleges about whether to try to be need-blind, since without an offer of substantial financial assistance, a need-blind college’s admission offer to a financially needy student might mean the prospect of taking on a lot of debt. But she notes that other schools, such as Grinnell College and Wesleyan University, have addressed this policy question openly.

But not GW—which is particularly embarrassing, in light of its effort earlier this year to change its reputation from being a “rich-kid” school. Wang notes that only 13 percent of undergrads at GW receive Pell grants, which the New American Foundation describes as low.

How long has GW been misrepresenting itself in terms of academic quality? How long, in terms of being need-blind in its admissions policies? Knapp arrived at GW in 2007 at a point when the school had largely reached the status of being in the top rank of schools by tuition and fee expense, so our guess is that while he might not have stopped these practices, he might not have been their inventor. In fiscal 2011, Knapp’s combined salary and benefits totaled $1,165,813, making him among the highest-paid university presidents in the country. The school is apparently not need-blind after all; included in Knapp’s compensation is, according to the Hatchet’s reporting, tuition assistance.

Knapp’s predecessor, Stephen Trachtenberg, was paid a bit more than Knapp, taking in $3.7 million in pay and benefit in 2007-2008, $2 million more than any other college administrator in the nation at the time. He defended this salary as reasonable, and “the right thing for me and the University.” He admits to having sparked the tuition wars at schools like GW, viewing the marketing of education as comparable to the marketing of vodka: “People equate price with the value of their education.” Apparently, misrepresenting the credentials of the freshman class and misrepresenting admission policies were part of the GW strategy of “raising the price and upgrading the packaging to create the illusion of quality.”

These revelations about GW are the kinds of things that make members of Congress sit up and wonder exactly what it means to be a nonprofit college or university. It makes us wonder, too.—Rick Cohen