Federated Organizations and Their Problems

Habitat for Humanity: The Evolution of a High-Performing Nonprofit Network 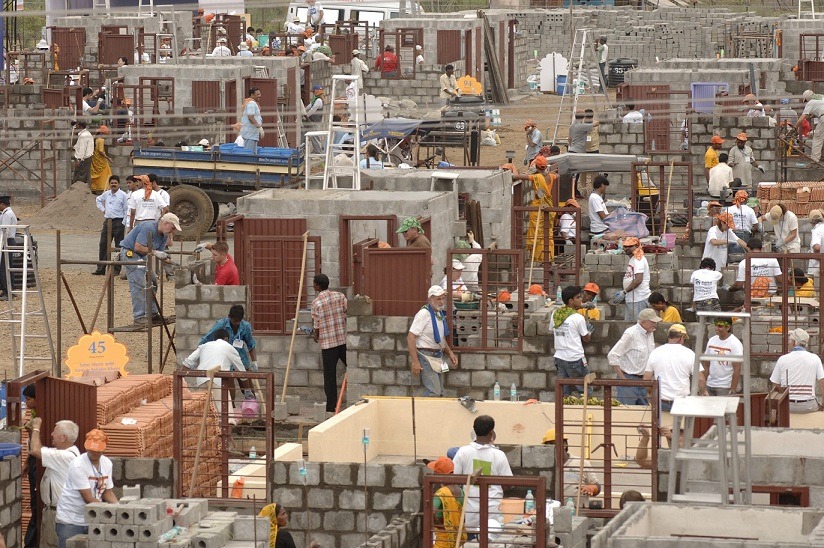 High-performing organizations do not all look alike. The measure for one might be output; for another, impact; for a third, synoptic leaps in efficiency. Missing from most literature is the turbulence surrounding the political and economic environment that compels truly stellar nonprofits to continuously adjust, adapt, and change. Habitat for Humanity International is an example of an unusually high-performing organizational network facing the challenge of constant learning and adaptation to the complexities of operating in diverse cities and nations, while holding true to an identity at the nexus of their faith-based mission of creating affordable homeownership for those in need.

Like many of the largest nonprofit organizations in the United States, Habitat is actually a network of organizations. The Habitat groups are unified to the extent that they share a common operational model, but the diversity of the network allows for individual groups to generate new ideas and hone new techniques, which then spread throughout the network. Successful nonprofit networks capture innovations that develop within affiliates on the periphery. Vibrant nonprofit networks like Habitat learn from their members and capture and diffuse innovations developed and tested in the field as opposed to those generated and disseminated through top-down dictates.

Earlier this year, some sixty executive directors of local Habitat for Humanity affiliates responded to a half-dozen questions on the political and economic challenges they face. Their answers were hardly uniform but they reflect how the constituent members of a geographically far-flung network try to sustain and improve upon their performance.

Not Your Daddy’s Habitat

Remember that volunteer Habitat effort in your town, mobilizing church members and potential home purchasers to roll up their sleeves and build a modest, affordable home—sort of like a modern, frequently urban barn raiser, except that instead of a barn the product was a home for a family in need? While still volunteer and faith based, the Habitat network is large, international, and influential. And most of the public—and perhaps even much of Habitat’s internal constituency of board members and staff—may not fully grasp Habitat’s reach. As one Habitat affiliate CEO told us, “when I moved to my current affiliate eight years ago, I had to put on a little show I called ‘We’re not your daddy’s Habitat’ to get people’s attention that we were willing to embrace change.”

As members of a strongly grassroots network, Habitat’s local executive directors are grappling with how to remain true to Habitat’s mission of service to the poor while adjusting to policy challenges such as the home mortgage foreclosure debacle that vaulted to the top of the nation’s consciousness in 2008, as well as rethinking their brand, adapting to a new charitable language and syntax of social innovation and entrepreneurialism, and exploring new funding options. According to one affiliate executive director, “The double-edged sword is the reality that we’re thirty-five years old and still building new houses with volunteer labor. The new houses are great and we know how to do them well, but it’s hard to keep that process shiny.”

Habitat for Humanity is rather more complex, multifaceted, and dynamic than its usual description as a simple, local, volunteer-oriented and sweat equity–dependent homebuilder for those in need. Some may recall that the Habitat organization is tied to a faith-based mission, but that mission, often translated in the public’s understanding into a vision of tiny, local, one-house-at-a-time faith-based builders, fails to convey the size, scope, and complexity of the Habitat for Humanity International network.

For one thing, although the active involvement of former president Jimmy Carter and his wife, Rosalynn, gives Habitat something of an American cast, the Habitat network is global, with the bulk of its construction work in FY2010 occurring outside the United States and Canada. Of the total 74,960 families served by Habitat in 2010 around the world through new construction, rehab, or home repairs, only 6,707 (8.9 percent) were in the United States and Canada, as opposed to 29,617 (39.5 percent) in Asia and the Pacific, 24,939 (33.3 percent) in Latin America and the Caribbean, and 10,888 (14.5 percent) in Africa and the Middle East.

For another, Habitat has moved from localized volunteer construction to responding to regional and national issues. For example, Habitat made a major effort in responding to Hurricane Katrina. Five years after Katrina, Habitat had built 2,219 new homes in the Gulf Coast region, repaired another 994, and helped clean out an additional 2,500 homes to prepare them for rehabilitation. Within a few years of Katrina, Habitat turned its focus elsewhere to the nationwide mortgage foreclosure crisis, building on its incipient funding relationship with the federal government (Habitat had received $35 million in HUD Section 4 capacity-building funds between FY2001 and FY2009) to volunteer for a major national role in carrying out Neighborhood Stabilization Program efforts to rehabilitate bank-foreclosed properties.

In 2009, with 5,294 housing closings, Habitat joined the ranks of the top ten homebuilders in the United States, just behind Hovnanian Enterprises and just ahead of the Ryland Group. It may be that Habitat’s rise reflects the recession slowdown in the market for commercial builders, but it also mirrors the growth in Habitat productivity and effectiveness in responding to the continuing need