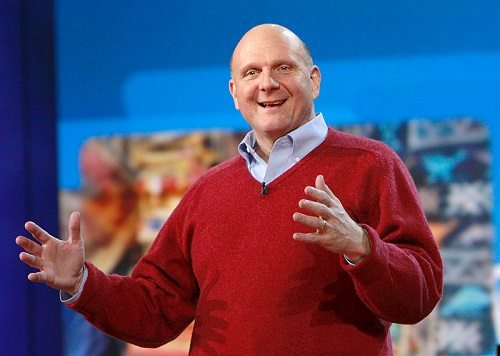 When retired CEO of Microsoft and current boss of the Los Angeles Clippers, Steve Ballmer decided to repay his alma mater for its role in his good fortune it prompted a few “hmmphs” of disapproval.

This, of course, was because his alma mater (like that of one of Microsoft’s other, better known ex-bosses, Bill Gates) is Harvard University, which just happens already to have a tidy $36.4 billion endowment tucked away, according to its 2014 financial report.

“I think that this is ridiculous” went one disapproving hmmph-er in the comments at the Chronicle of Higher Education. “Does Harvard need more millions when the already have BILLIONS!! If these rich people would just donate their money to some of the smaller colleges, that make a real difference in students’ lives, it would be transformative.”

Another scoffer from the Harvard Crimson, identifying themselves simply as “Student,” objected to the proposed use of the estimated $60 million gift:

“What a stupid way to allocate one of the biggest donations in recent history. Student groups can’t even get an additional $250,000 but now we’ll have 50% more [computer science] professors being paid a huge salary to sit on their ass and teach a couple hours a week”

However, Virginia Postrel, writing a much-syndicated column for Bloomberg View, rightly points out that such comments represent two fallacies:

Postrell corrects the first fallacy (the student’s fallacy) with admirable economy: “Harvard is a research university, not a teaching college. Anyone who thinks its scientists ‘sit on their ass’ when they aren’t in the classroom should be attending a different institution.”

Next, Postrell cites ethicist Peter Singer in an example of the second fallacy. Singer argues for “effective altruism.” Effective altruism, according to Singer, requires a judgement along the lines of, “where would $100,000 do the most good? Which expenditure is likely to lead to the bigger improvement in the lives of those affected by it?”

While welcoming the public debate to which these hmphhers contribute, Postrell argues:

“Fortunately, philanthropists are not as ‘rational’ as some of the philosophers who benefit from their largesse. They give partly out of a desire to do good, but also out of sentiment (the Ballmers’ support their alma maters) and personal interest (Steve Ballmer cares about computer science). The result is that a wide variety of causes get funded. Some are undoubtedly a waste of money. But it’s hard to know in advance (and often even in hindsight) which ones those are, and in any case, individuals will disagree about what’s important.”

Note the pinprick in Postrell’s sentence: Professor Singer holds an endowed position at another rather well endowed university, Princeton!—John Godfrey