Harvard Endowment Drops to Mere $30.7B But It Has New Strategy 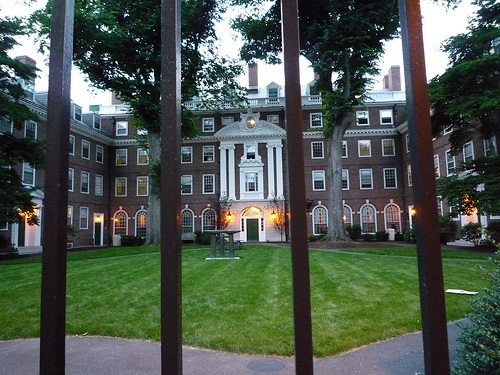 Oh no! Harvard University lost 0.05 percent on its investments in the fiscal year that ended June 30, plummeting to a measly $30.7 billion. But while the loss of $16 million might be a disaster for most of us, well…this is Harvard after all, and it has a plan. It is buying up the forests of the world.

Jane Mendillo, the head of Harvard Management Co., which oversees the endowment, pointed to market turbulence and the university’s investments in publicly traded foreign-equity and emerging-market shares in accounting for the small dip. But the nearby Massachusetts Institute of Technology posted an eight percent return on investments and Standard & Poor’s 500 Index gained 5.5 percent over the same period.

Harvard’s endowment is still trying to recover from 2009 when it declined 27 percent, or by about $10 billion, from $31.7 billion. This drop included investment losses and payments to the university to cover operating expenses. But after scraping bottom, the endowment of the richest university in the country gained 11 percent in 2010 and 21 percent in 2012. The endowment’s average investment return is 12 percent over the last 20 years.

A recent article on the Bloomberg Businessweek website documents that Harvard’s investment strategy is in a period of flux and that since Mendillo took over the endowment in 2008, it has increased its holdings of forests, farms, and other natural resources in Brazil, New Zealand and Romania to more than $3 billion, or approximately 10 percent of the portfolio.

The buying of timberland has reportedly been going on at Harvard since 1997 and Mendillo, a former Bain Capital executive, has advocated the strategy since that time when she reportedly recommended that Harvard buy timberland in Oregon, Washington, and Pennsylvania.

“What I want is properties that produce something that the world is going to want more of, and the increase in the supply is difficult,” Mendillo is quoted as saying. “Timberland is the perfect example…A lot of other investors don’t have the expertise, don’t have the team to go out and look at individual timberland or other natural resources and decide what they think are the higher-potential or higher-risk situations.”

Harvard is one of the first universities to buy and manage these types of properties outside of the U.S., according to Jack Lutz, an economist at Forest Research Group.

In Massachusetts, Cambridge and Brighton are used to Harvard’s expansionist tendencies, but who knew that it was actually buying forests and managing a timber business? –Ruth McCambridge