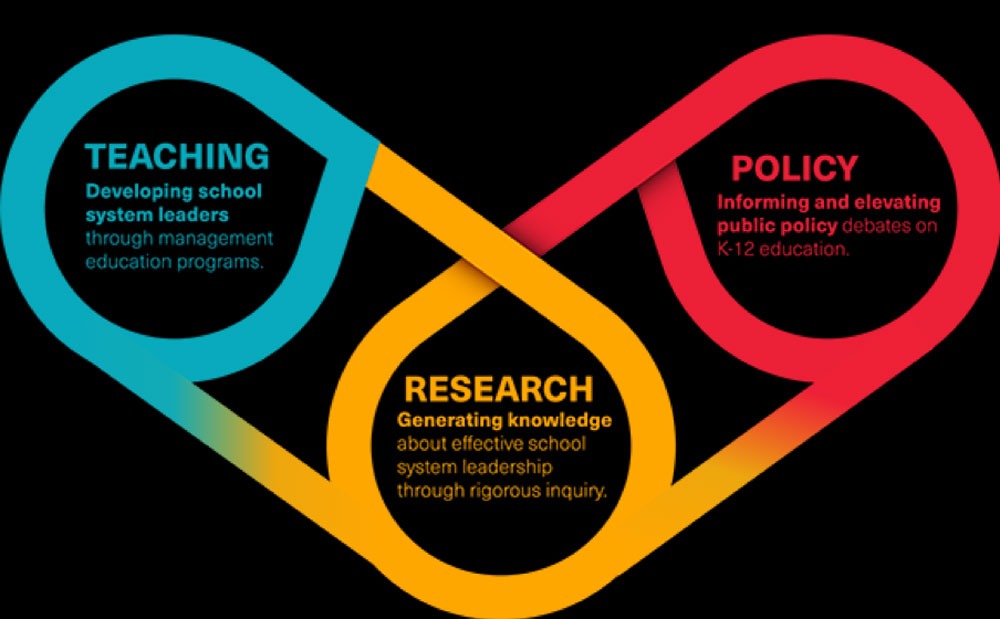 Eli and Edythe Broad created the Broad Center as one part of a diverse, well-funded, and ideology-driven strategy to transform American public education into “an engine of excellence and equity” where “every student graduates ready for college, careers, and life.” The Broad family foundation, reports the Los Angeles Times, has contributed $143.5 million to the Center since 2001.

After 20 years, the Center, which trains prospective public education leaders, principals, and superintendents, is making a major change. Fueled by a $100 million donation, the Center will move from Los Angeles to New Haven (current participants will complete their work under the L.A. team’s leadership before the operation moves to Yale) and become the Broad Center at the Yale School of Management. The merger joins the power of a major supporter of school reform with the prestige of an Ivy League school, and leaves us wondering who will be in charge—the Broads or Yale?

Each has something to gain from this new relationship. Broad Center executive director Becca Bracy Knight described the Center’s focus to the Los Angeles Times: “The job of leading a large urban school district or a district of any size is incredibly complex, difficult, and important. Instruction is at the core, but other pieces are needed to make that happen well: transportation, food services, safe facilities, hiring and development, external communication and communicating with the community, board governance, and labor relations.”

Creating effective leaders who can manage these systemic challenges is the work of the Center. The new alliance will let it offer a tuition-free, one-year Yale master’s program designed to prepare new educational leaders. The Center’s current program of continuing education will be strengthened, as will the Center’s role in educational research.

In addition to having given the School of Management its largest gift, Yale School of Management’s dean, Kerwin K. Charles, sees this new alliance as mission enhancing. In a statement reported by Forbes, he sees this merger as deeply connected to his school’s overall mission, which goes beyond the for-profit sector.

Those outside our community may be surprised to see a business school dedicate a major program to public education, but this is exactly the type of issue our school has always cared about–one where leadership informed by systemic thinking, rigorous analysis, and compassion can make a real difference for communities.

The School of Management’s program will be instantly operational and supported by one of the country’s most philanthropic couples in an area of great national interest.

If that was all there was to this story—a wealthy donor makes a major gift for a good purpose and allows a well-respected university to go on with its business of education—it would be a moment to stop and applaud the wisdom of the Broads and Yale’s leadership. Improving America’s public schools is a very good thing, and a partnership that allows the strengths of two disparate organizations to make both better is a goal many nonprofit organizations would value.

But there is more. The Los Angeles Times reminds us that Eli and Edythe Broad have a clear vision of how public education should change. They are strong supporters of anti-union, market-based school reform. According to the Times, “[Eli] Broad has been a major funder of privately operated, taxpayer-funded charter schools—seeing them as offering a high-quality public alternative that provides helpful competition for traditional public schools. He’s also been a major political donor in campaigns against school board candidates endorsed by the teacher’s unions and supported limiting teacher job protections.”

Education historian Diane Ravitch, who has led the effort to oppose the Broads and other school reformers told the L.A. Times that the current educational approach of the Broad Center is destructive. “Graduates of the center’s two-year training program ‘have a reputation for top-down management; they are data-driven, they don’t listen to stakeholders like parents and teachers, and they favor closing public schools and replacing them with charter schools.’”

Neither the Broads nor Yale have indicated this strong conviction is off the table. We are left to wonder whether the Broad family gift to Yale is really a gift, or if the “gift” is really a way for the Broads to leverage Yale resources to increase their influence.

In its press release announcing the new program, Yale said the Broad Center “will become a platform for reimagining how skilled management practices can improve the performance of public-school districts and thereby create benefits for schools, students, teachers, administrators, and communities across the country. The center will advance the strategic direction pioneered by The Broad Center over the last 20 years; its placement at the Yale School of Management will enable its programs to draw on the input of management and business scholars and the resources of Yale University.”

The Broad family is wealthy and generous. Their foundations have more than $3 billion in assets. They made a total of $168 million in charitable donations in 2018, and “recently celebrated 50 years of grant making,” having pledged or given away “more than $4 billion in grants so far.”

As NPQ observed last week, “Great wealth provides a platform from which personal vision and belief can be powerfully launched. But great wealth does not guarantee competence, wisdom, or effectiveness.” In the face of wealth and power, does Yale and its School of Management still have full control of the programs that will now deliver a Yale master’s diploma? Or is this another case of wealth being able to buy institutional control?—Martin Levine