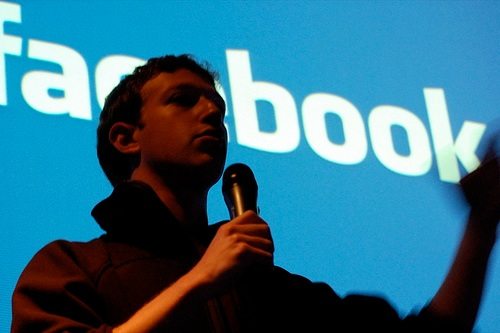 Mark Zuckerberg’s new organization, FWD.us, has attracted experienced Democratic and Republican operatives to its team, which many people applauded as an example of the bipartisan smarts of Silicon Valley types. Its early pronouncements showed it to be a proponent of changes to the nation’s immigration laws, though it had little to do with the millions of undocumented immigrants in the U.S. who toil for low wages and minimal benefits. Rather, its focus was on people with advanced degrees who might qualify for more H-1 temporary visas, if the Immigrant Innovation Act were passed, or the creation of foreign entrepreneurship visas under the Startup Visa Act introduced by Senator Jerry Moran (R-KS). Other than older programmers and engineers who fear being displaced by younger immigrants, there’s generally widespread support for immigration reform that attracts and retains engineers, scientists, and entrepreneurs, but less consensus on the route to citizenship for the millions of undocumented immigrants already in the U.S.

Given Zuckerberg’s increasingly close political ties to New Jersey governor Chris Christie, having hosted a fundraiser for the presidential aspirant at his California home and making a $100 million contribution to the Newark public schools, we guessed that immigration reform would soon be accompanied by a focus on sNewark public schoolschool reform with a school choice or school privatization component, given the early recruitment of supporters such as Bill Gates. The strategies of his new organization, however, seem to tilt a little more to the right—not on education reform, but on other political issues not directly connected to immigration reform.

Zuckerberg’s FWD.us funds two subsidiary organizations. One is a conservative group called Americans for a Conservative Direction. According to Think Progress, that group has started running ads in support of Senator Lindsay Graham (R-SC) that support his positions in favor of the Keystone Pipeline and other expanded drilling opportunities, against “Obamacare,” and against “wasteful stimulus spending” and “seedy Chicago-style progress.” Oddly, the issue of immigration reform is never mentioned. The other FWD.us subsidiary, the Council for American Job Growth, lauds Alaska’s Democratic Senator Mark Begich for his desire to increase oil drilling in Alaska and his support of a balanced budget amendment. Immigration reform isn’t in the mix.

And the immigration-reform position of Zuckerberg and his allies is no grassroots policy aimed at helping the undocumented workers lining up at day-labor recruitment centers. Some critics suggest that the goal of FWD.us in supporting more H-1 temporary visas is training programmers and engineers to whom Silicon Valley firms can outsource work when they return to their own countries. Is the U.S. so deficient in its production of engineers and programmers that we have to find ways of drawing them from overseas, as opposed to investing big dollars in STEM education here? Others suggest that the impetus behind FWD.us might be the decline of immigrant-founded companies and start-ups in recent years, as documented by the entrepreneurship-focused Kauffman Foundation.

It’s hard to fathom how this strategy, ostensibly in favor of immigration reform, wouldn’t turn into a tool for conservatives. Perhaps this is a brilliant stratagem, obvious to the genius men and women of Silicon Valley, of playing up to swing senators on immigration reform by supporting them on other issues. On the other hand, maybe the conservative tilt of these FWD.us subsidiaries suggests that, immigration reform notwithstanding, Zuckerberg and his Silicon Valley compatriots, like billionaires in general, lean more to the right than any of us would have suspected?—Rick Cohen