Have Your People Call Our People: Philanthropy and Community 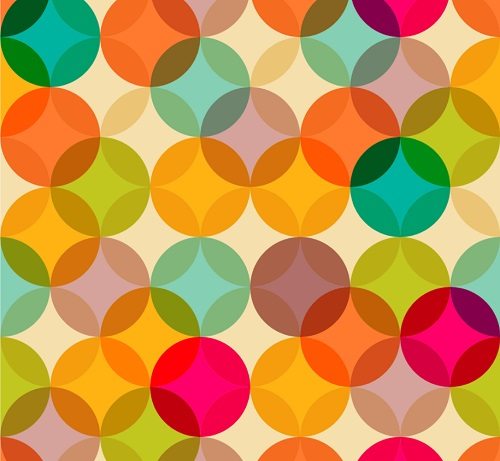 If the recent dust-up between Bill Schambra and Peter Pennekamp did nothing else, it underscored the difficulty that anyone with some money and good intentions has going into communities in need to offer help. As Schambra noted with not a little force, the history of such people (“philanthropists” in the classical sense) is deeply bruised with the blunt marks of paternalistic “solutions”—interventions that assumed that people were in the straits they were in because they couldn’t figure out for themselves how to get out of them. These top-down fixes always ultimately fail because the people upon whom they are being foisted are no more a part of the solution than they were part of the problem. In both cases, control over their own destinies was what they were denied.

Schambra’s ultimate point is that there are innumerable examples of champions in every neighborhood who take it upon themselves to get something positive going. They don’t need studies or evaluations. They don’t need logic models or theories of change. They are smart and committed; what they need is support in the form of money, and they need to be trusted and left to do what they do. Funders should write checks and rejoice.

Pennekamp’s counterpoint is that to truly have wide impact and community buy-in, the funder should spend the time to bring many people from the community together to work toward consensus not only on viable solutions, but on the actual nature of the problems. Assuming that everyone knows and agrees on these points is presumptuous. Organizing and facilitating community summits is in itself a benefit of a funder’s involvement. By working through and agreeing on priorities, the funder is supported by the beneficiaries in the decisions made regarding how the funds are spent, and is further assured that sustainability and broad impact will be more likely.

In my experience, there are serious shortcomings to both positions, and in their own ways, both fail to take into consideration the prejudice against any outside help on the part of the “community,” however that gets defined, when it gets any specific definition at all beyond compass point designations (East Side, West Side). Agreements on what constitutes a community even diverge sharply within themselves, and can claim geographic boundaries, or boundaries centered on one or another faith-based organization, or on a census tract, or on the rough boundaries that comprise a particular immigrant group.

This isn’t a small problem, or a problem only of semantics, or a simple problem, or only a problem for those outside whatever community. Schambra rightly notes that we (funders) bring our burdensome frames of reference with us, but fails to suggest that people “of the community” have their own frames of reference that may or may not facilitate help (or just checks) being proffered. He also fails to note that the very help he insists should be granted—unrestricted funds to smart, committed people with great ways of helping their neighborhoods—is often (though not always) the very thing that weighs down or cripples or otherwise negatively affects the effort in question.

Thousands of nonprofit organizations came into being accidentally when smart, committed people wanted to offer their help. As their efforts became known and appreciated, more people wanted access to them. As more people wanted access, the founder needed to find help, and then money, and then an accountant, and then a bookkeeper. Many organizations that eventually became great were started this way, although the “organization” part usually came kicking and screaming. It’s not what most smart, committed people have in mind when they start, no matter what neighborhood we’re talking about.

When the money shows up, eventually and inexorably, the structure must follow. And when people essentially refuse to capitulate to structure, insisting (completely understandably) on focusing strictly on the work, the money will move on. Funders, after all, have boards and the IRS to answer to. Our foundation has had to walk away from several excellent efforts because of this limitation on our part. We have also been able to guide several such efforts through the transition to keep them running. But to assume that a person or their effort is in a position to “scale up” is to oversimplify both motivation and ability. Few people handle expansion well, and even fewer are willing to turn their ideas over to others to “operate” while they just continue their original work.

Similarly, as described by Pennekamp, we have organized a large number of community summits in various neighborhoods. Because our foundation is limited in what we can grant, and because there are very few large foundations in our region, we are compelled to cast wider nets rather than narrower ones. This in itself is problematic: It’s often the narrower focus that has the better chance of succeeding. However, we simply cannot support a larger number of narrowly focused projects. Instead, we try to rely on the residents of particular communities and the organizations serving them to find ways to share costs and services and programs to the extent they are commonly useful.

But the process, which we have undertaken many times, yields consistently mixed results. In the early stages, many people show up from many communities and organizations, mostly to find out whether and to what extent they might benefit. As the process wears on, many fall away, especially the residents who we’d like most to keep involved, for any number of reasons. Mainly, I think, it’s because social change at a community level takes a lot of time, and not a lot of people can spend that much time volunteering, regardless of their levels of passion. It’s sometimes said that the best people to have from a community are the ones who show up, but this is seriously unfair. Many good people are occupied and unable to be present often. Or they don’t believe they know enough to contribute, or they don’t believe that real change is actually possible, or they don’t believe that the people who have come into the community truly understand it well enough. The people who are able to participate may or may not have good organizing skills, and they may or may not be willing to learn them. Good organizing, which is the real backbone of social change, requires developed skills. They can be taught to just about anybody who’s willing to learn, but again, there are personal limitations of time, interest, and motivation.

So the idea that the self-motivated individual is the best one to support and the idea that putting a community through an assessment process will yield the best group of people are both fallacies as often as they are realities. What I’m looking for, as a funder, is that which can create change and last over a long term. Once our funding ends, and it will have to end eventually, what will keep the efforts going? I suppose one question that’s rarely considered is whether every effort should be looked at as permanent. It’s an automatic assumption, and those are the assumptions that usually create the biggest challenges. Maybe it’s just fine to support a small effort for a couple of years and then let it go.

In my view, this is ultimately about the tension between grassroots culture and organization culture. And again, this is not specific to any particular community. But the idea implicit in both Schambra’s and Pennekamp’s arguments is that organization culture must ultimately accede to grassroots culture. The “community” must be free to operate independently of any outside control by funders. I simply cannot agree with this, at least not totally. Organization culture and grassroots culture have much to learn from each other, and both cultures need to be able to move beyond their well-established comfort zones in order to create viable efforts at change. To the extent that Schambra in particular asks funders to trust the smart and committed people within a community, I would ask communities to trust smart and committed funders who are looking for the best responses to critical issues despite the constraints and frames of reference within which we operate.