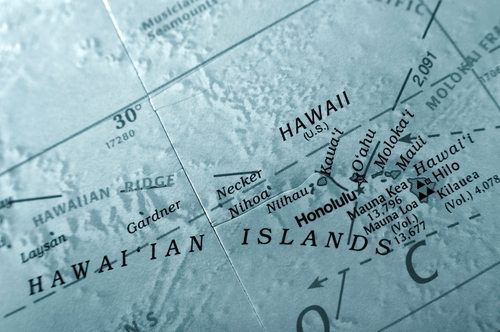 With much of the country experiencing record-low temperatures and unusually high levels of precipitation, it is an ideal time to check in on Hawaii’s foundation community to see what philanthropic advances are occurring in that tropical state. An interesting story in Pacific Business News highlights some of the solutions that the Hawaii Community Foundation has come up with to stabilize Hawaii’s nonprofit sector, including foundation collaborations and a new, flexible grant program that emphasizes organizational sustainability. Particularly in the last five years since the recession, HCF has assumed the role of being not just the state’s largest grantmaker, but also a sector leader willing to wear many hats.

Established in 1916, HCF currently manages over 650 funds. In 2013, it distributed $43 million to statewide programs. Beginning in 2001 and every six years since, HCF has produced a comprehensive study on the state of Hawaii’s nonprofits as a way to assess the overall health of the sector. According to the 2012 report, the more than 5,000 nonprofits that make up the sector represent a $5.2 billion industry with almost 50,000 employees, 7.7 percent of the state’s workforce, and 8.2 percent of the state’s total wages. Significantly, more than a third of the state’s nonprofits, approximately 2,024, have no sources of income or donations, and slightly less than half list annual revenue at $100,000 or under.

Issues of concern raised by the study include flat revenue for nonprofits over the past five years and an overall decrease of 12 percent in the amount of overall charitable giving by household since 2005. In keeping with broader national trends over the past few years, Hawaii nonprofits have also experienced a drop in government funding along with greater demand for services. The study also revealed that more than half of the state’s nonprofits have less than three months of cash on hand for expenses and that program costs usually run deficits. As a conclusion, the study noted that “given the trend of decreasing revenue and decreasing charitable grants and giving, nonprofit expectations for increases in donations through fundraising efforts may not be realistic.”

Aware of these state and national trends, in 2009 HCF launched the Hawaii Community Stabilization Initiative in partnership with 11 other state-based funders. The initiative raised a total of $4.2 million in grants for nonprofits and focused on three principles: stabilizing families and individuals, supporting nonprofit organizations with increased direct service requests, and leveraging underutilized public resources with grant dollars. More specifically, by serving as a federal match or a resource for capacity building, between 2009 and 2012 the initiative leveraged $10.75 million through the SNAP program and $8.35 million through EITC. Last year, HCF kicked off (with 13 other funders) a follow-up collaborative funding effort called Pathways to Resilient Communities that aims to help students to be successful in middle and high school and will run through 2016. HCF also initiated its Flex grant program in 2013 “to provide Hawaii’s nonprofits with a source of flexible unrestricted support so that they can provide needed programs in the community.”

“The amount foundations contribute to the sector is an important number, but it’s not a big number,” HCF president and CEO Kelvin Taketa told Pacific Business News, estimating that about one-fifth of funding for the nonprofit sector comes from foundations. He added, “But it’s an important number because organizations count on the fact that every year that money is being generated and coming out in the community.” Taketa and his HCF colleagues seem to be doing an amazingly effective job at working with statewide providers and funders to stretch these limited dollars.—Anne Eigeman