HBO to Air VICE’s “Haitian Money Pit” Tonight, and It Is Worth Watching 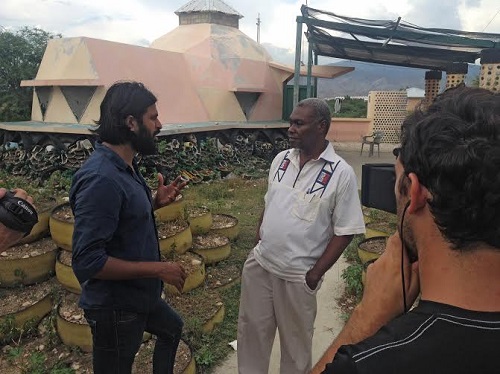 April 24, 2015;This newswire was written based upon advance viewing.

When Vikram Gandhi presents tonight’s VICE story on U.S. aid to Haiti—“Haitian Money Pit”—the story will have news both new and old.

The new news is that Gandhi names places and names where U.S. aid to Haiti was misused, abused, ripped off, and generally screwed up.

It’s about time that the American public learned firsthand, with poignant video, about the misguided direction and use of much of the charitable and governmental aid that went to help Haiti recover from the devastating earthquake that hit Port-au-Prince on January 12, 2010. The show, which will be aired on HBO at 11pm Eastern on Friday, hits on a variety of programs and practices that were inflicted on Haitians in the name of humanitarian relief and longer-term development assistance—some stupefyingly horrific, some darkly comic, including the following:

Gandhi concludes early on that “long term relief aid to Port-au-Prince appear[ed] to be squandered,” emblematic of a consistently troubled dynamic of the delivery and use of aid in Haiti, to the benefit of people and interests who weren’t Haitian or, if occasionally Haitian, weren’t directly affected or displaced by the earthquake (as in Caracol, seven hours north of Port-au-Prince). No one from USAID was willing to be interviewed for the VICE show to address the issues Gandhi reported upon, which is more than telling about USAID’s role in the misguided Haitian relief strategy pursued.

In a way, however, though some of the incidences of screwed up aid are new to American viewers, the underlying issues are old news, with lessons that NGOs, for-profit aid deliverers, and donor countries seem to learn—and then forget, or perhaps ignore—over and over again. Among the obvious lessons Gandhi implies or surfaces are these:

Ultimately, this dynamic is to some extent what Gandhi called “disaster capitalism” and what the U.S. ambassador to Haiti called in a leaked document “the gold rush.” But it isn’t just the for-profit contractors like Chemonics. The fault is partly in the development industry’s continued failure to build and strengthen local governance and local civil society, and partly in the government policies of the U.S. that lead to bids and contracts to do the things like Chemonics has built. In other words, if USAID RFPs it, Chemonics and others—both for-profit and nonprofit—will build it. We all know better. Gandhi’s story should have resonance.—Rick Cohen