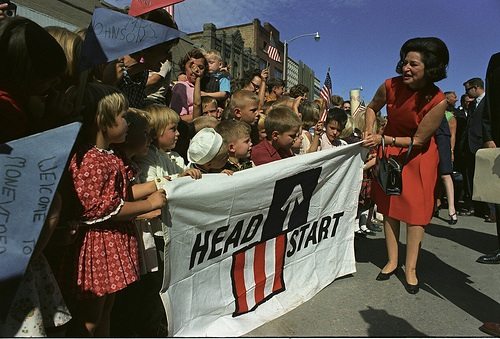 A few weeks ago, NPQ reported on the installation of the new president of the Ford Foundation, Darren Walker. One of Walker’s educational credentials, which he cites quite often, is that he is a graduate of a small Head Start program in Texas. But the anti-poverty program, which was always intended to act as far more than a simple preschool, is now facing cuts that affect not just the children, but their families and communities.

Head Start has suffered approximately $400 million in cuts this year due to sequestration, and this will result, according to the National Head Start Association, in about 60,000 children being cut from the program across the country. The cut, spread across 1,600 providers in low-income communities, is the deepest experienced by the program in dollar terms since its 1965 creation.

This article reports that the cities of Chicago and Baltimore will use their own budgets to offset losses, and others may do the same. Chicago alone had to save 1,000 slots. But spokespeople in rural areas say it is more difficult to fill in the gaps. At the Southwest Georgia Community Action Council in Moultrie, a $700,000 funding cut means 90 fewer children will be served than last year.

But Steve Bell, the senior director of the Bipartisan Policy Center, a nonprofit in Washington, warns that immediate losses are not the whole story, “This is not like a government shutdown,” he said. “This is much more insidious because it’s slower, it’s cumulative, and it’s more diffuse.”

In Kentucky, Audubon Area Community Services cut 42 staff positions, thus eliminating slots for more than 170 children, according to Aubrey Nehring, the chief executive officer of the organization, and as a result, some parents have had to quit their own jobs or drop out of school.—Ruth McCambridge