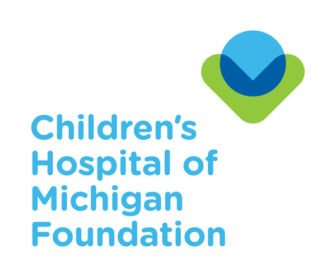 Health legacy foundations—also known as health conversion foundations—are created when a nonprofit hospital gets acquired by, merges with, or otherwise converts into a for-profit entity. Because you can’t legally profit from the sale of a nonprofit, federal law requires that the proceeds from that sale then be placed into a nonprofit foundation. These sales tend to be rather large—some in the billion-dollar range—and, as NPQ has previously reported, the number of these foundations is on the rise. Recent data indicate the assets held by health legacy foundations are estimated at around $27.5 billion, and they award around $1.3 billion in grants each year. Moreover, these foundations have taken on a role similar to community foundations, in that they focus on a small geographic region and some even manage donor-advised funds.

While some legacy health foundations continue to fund work at their affiliated hospitals, many are expanding their efforts to have a larger impact on the communities they serve and beyond. For instance, Children’s Hospital of Michigan Foundation has decided it wants to be the “state’s top advocate for children.” To them, this means moving to include work in injury prevention, abuse and neglect, and nutritional wellness.

President and CEO Lawrence Burns explains the shift in strategy: “We still consider Children’s a major partner and always will. However, since we are no longer a hospital foundation, we won’t be as disease-focused.” He goes on to indicate their new focus is on “trying to keep children healthy and out of the hospital vs. a hospital-based foundation that is primarily dealing with kids in the hospital.”

Others are targeting root cause issues such as social determinants of health, a topic widely covered in Nonprofit Quarterly. For instance, the New York State Health Foundation, with assets around $270 million, has indicated an interest in obesity prevention. David Sandman, president and CEO of the New York State Health Foundation, says, “This work has evolved over the 10 years we’ve been around. Today, much of our work is prevention-focused. We’re focusing on creating healthy food access and opportunities for physical activity. We hope to change behaviors, which can decrease obesity and make people healthier.”

The Birmingham Foundation, a health-based legacy foundation, used a portion of its funds to invest in a housing project, then reinvested the proceeds in other community programs such as youth programs and those assisting senior citizens. The result has been overall economic improvement in a once-blighted community, which has had downstream impacts on the health of its people.

The California Endowment (TCE), formed from the conversion of the previously nonprofit California Blue Cross Blue Shield and WellPoint Health Networks into a for-profit health insurer two decades ago, is the nation’s largest health legacy foundation, with $3.6 billion in assets. TCE has engaged in an ambitious 10-year, $1 billion effort to address the social and economic factors that result in poor health outcomes in 14 California communities. A report on progress and continuing challenges after five years is available here.

With the changing landscape of healthcare, particularly the uncertainty surrounding the future of the Affordable Care Act, health legacy foundations have an important role to play. This is not an argument for or against nonprofit hospitals, which is another debate covered by NPQ in much detail. Rather, for those hospitals and health insurers that have already converted, legacy foundations can help fund important community programs and provide a new source of funding at the local level to address upstream factors that impact health. Furthermore, we have already seen with the latest iterations of the Senate and House tax reform bills not only a potential decrease of funding for nonprofits overall, but also the possible removal of the individual mandate, meaning more individuals will lack insurance coverage and will depend on nonprofit organizations to assist with access to care. Lastly, organizations with strong local ties may be able to have a greater impact on the health behaviors of their community and can effectively implement change with the appropriate funding.—Sheela Nimishakavi