Hearing Imminent in Suit against Harvard for Fossil Fuel Investments 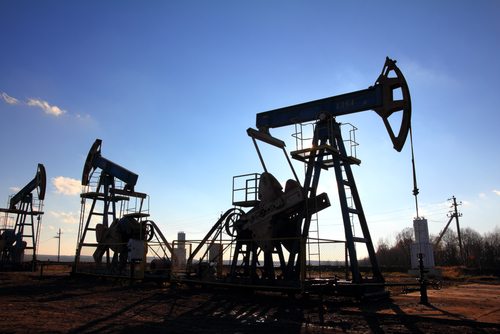 NPQ has been following the story of the students at Harvard University who have filed a lawsuit claiming the university is violating its duties and responsibilities as a charity and nonprofit in refusing to divest from fossil fuels. Motions by the university and Massachusetts Attorney General Martha M. Coakley to dismiss the case were scheduled to be heard on February 10th but had to be postponed due to inclement weather.

In an 11-page complaint, seven undergraduate and graduate students from the Harvard Climate Justice Coalition (and members of the Divest Harvard campus group) filed suit against the university last November, saying that since “Harvard Corporation has recognized its obligation as an economic and intellectual leader to respond to climate change,” it is imperative for the college to act in that leadership and take a stand against climate change by divesting. In neglecting that responsibility, the complaint contends, the university is intentionally investing in “abnormally dangerous activities.”

Following the filing of the official complaint, the university responded in December with a motion to dismiss the case. The motion, filed by Martin F. Murphy and Jennifer A. Kirby on behalf of the Harvard Management Company, the organization charged with managing the university’s endowment investments, claims that “standing to contest a charitable organization’s management is the exclusive province of the Attorney General, except in extraordinary circumstances not present here.”

According to the university’s motion to dismiss:

“Permitting claims like the Plaintiffs’ to proceed would improperly compromise the inherent authority of Harvard and other nonprofit entities to manage their own affairs, entangling courts in the myriad internal decisions inherent in running a charitable organization—a result plainly inconsistent with the public interest and well-settled law.”

While the attorney general contends that simply being Harvard University students “does not afford the plaintiffs the rights to assert claims of mismanagement against Harvard fiduciaries,” the coalition of students responded quickly to both claims with memoranda in opposition, one each to the university and to AG Coakley.

The battle toward divestment has been a long and arduous one for the university, and one filled with many a foe, including the university’s own faculty. Several publicized letters were exchanged between the university and the Harvard Faculty for Divestment, calling for the university to open dialogue and create a responsive forum on the issue. However, Harvard University President Drew G. Faust and the Harvard Corporation have been steadfast in their defense of continuing to invest in fossil fuels. Instead, the university increased its investment in oil and fossil fuels sevenfold in the third quarter of 2014, despite the crusading campaign urging them to desist.

In a letter to the faculty last year, Senior Fellow of the Harvard Corporation William Lee defended the university’s position:

“Whatever the size of our holdings in any particular company, the fact that we are shareholders or investors gives us standing to express our concern about risks of environmental or other societal harm. Harvard, as a shareholder or investor, can insist more credibly on being heard than an institution that does not hold shares, however prestigious the institution may be.”

The ongoing debate has spread to universities around the world. Stanford University, the University of Glasgow and, quite recently, Australian National University in Canberra have joined several others that have successfully divested and simultaneously sent the important message that they will no longer take part in the degradation of the environment. Unfortunately, Harvard, the richest university in the world, continues to resist.—Shafaq Hasan