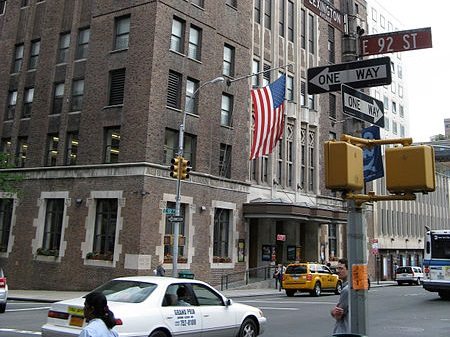 On Tuesday, the 92nd Street Y chose for its new executive director Henry Timms, who’s best known among social media and philanthropic circles as the founder of Giving Tuesday and one of the forces behind the Social Good Summit. Timmins has been the organization’s interim executive director and had been its deputy executive director for innovation, strategy and content. He holds the distinction of being the first non-Jewish person to head the organization, which has a 140-year history as a Jewish cultural and community center.

Timms is replacing as executive director Sol Adler, who was removed from the position after it surfaced that he’d had a “‘personal relationship’ with the mother-in-law of an employee suspected of taking kickbacks.”

In a statement, Stuart Ellman, president of the board of directors, said, “Our search for our new executive director was far-reaching and comprehensive. We were fortunate to have had such a strong internal candidate in Henry. The board voted unanimously to select Henry, both for his remarkable achievements and leadership to date, and as someone from whom we believe the best is yet to come.”

As reported in Crain’s New York Business, “Mr. Timms said he hopes to continue to strengthen 92Y in its local Upper East Side community while taking the values the organization stands for such as charity and improving the world beyond its neighborhood as he did through Giving Tuesday. ‘We have an opportunity to think big,’ said Mr. Timms. ‘We can think locally, but also beyond.’”—Jason Schneiderman