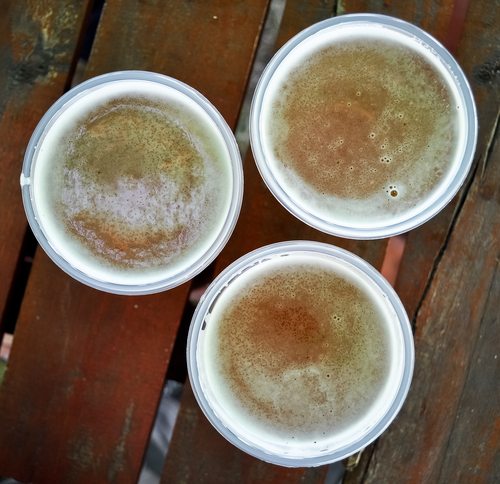 Over the past summer, NPQ noted plans for a downtown Houston bar that would deliver all profits to charities. Now that plan has become a reality in the form of the Original OKRA Charity Saloon. The new bar is a product of the work of the Houston nonprofit Organized Kollaboration on Restaurant Affairs (OKRA).

OKRA describes itself as “a charitable organization with very specific views on how our industry should operate and engage local communities. We ARE NOT a general membership association for restaurants, bars, and other branches of the hospitality industry. Instead, we function as an independent, community-supported advocacy group.” Just for good measure or perhaps to emphasize its independence from the local restaurant and bar industry, OKRA adds, “There IS a very real possibility that you will disagree with our views and efforts. We’re okay with that…”

The Original OKRA Charity Saloon offers patrons a chance to vote for one out of four charities with every drink they purchase. At the end of the month, the charity with the most votes receives the bar’s profits for that month. When the next month begins, the bar rotates in a group of four new charities.

While the Original OKRA Charity Saloon is one of the pioneers in this field, it is not alone, and different charity bars are adopting a variety of giving schemas. The New York Times recently profiled other charity bars, such as the Oregon Public House in Portland and Cause in Washington, D.C., and pointed to other such philanthropic bar experiments in San Francisco, Melbourne, Australia, and Hyderabad, India. The Times quotes Patrick Rooney of the Center on Philanthropy at Indiana University, who calls the charity bar idea “a clever idea and certainly a noble ambition.”

Rooney advises drinkers to ask probing questions about the charities involved to assure that one’s drinking money goes to support effective and efficient charities. That is undoubtedly good advice, though we wonder about the degree to which potentially inebriated patron-donors can be expected to undertake this kind of due diligence in regards to a charitable contribution that, at least in some cases, may be somewhat more incidental than it is deliberate. Perhaps the onus for the charity research is “on the house.” In any case, we’ll raise a glass to the charity bar, an innovation that we expect to see replicated many times over in the future in a whole host of creative variations on this theme. –Mike Keefe-Feldman