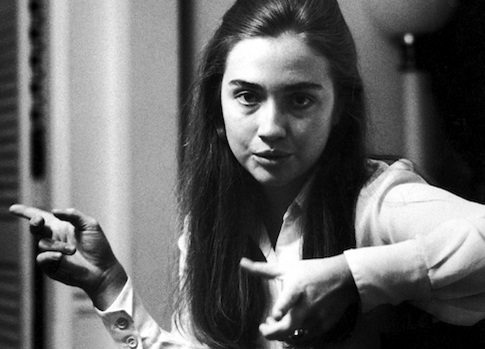 How exciting! When young Hillary Rodham, now Hillary Rodham Clinton, was a young Wellesley college student writing her college thesis on community organizing, she got to know Saul Alinsky, the founder of the Industrial Areas Foundation and author of Rules for Radicals, and kept up a correspondence with him for some years afterwards.

In the context of Hillary Clinton’s all-but-inevitable presidential campaign, her correspondence with Alinsky is just about assured to become an issue for her Republican critics. Does her relationship with Alinsky make Clinton, seen by many as a mainstream Democratic politician in contrast to more left-wing potential challengers such as Senator Elizabeth Warren, more vulnerable to conservative charges that she is really a closet “radical”?

Remember that Hillary Rodham was writing her college thesis on community organizing in 1968, a very different time than today. But also remember that Alinsky offered the young Rodham a job, which she turned down, despite, as she told him in one letter from 1971, having “survived [Yale] law school, slightly bruised, with my belief in and zest for organizing intact.”

She might have been attracted to Alinsky’s brilliant organizing instincts, but the similarity between Alinsky and Rodham seems to have been pragmatism. Alinsky’s organizing strategy wasn’t really ideological. Rules for Radicals is a manual of techniques for common people to bring powerful institutions to heel, without an ideological framework. Alinsky would consider nearly anything that might work, including his threat at one point to convene a “fart in” at a Rochester Philharmonic concert.

Fending off critiques from the likes of Senator Bernie Sanders on the left and a likely panoply of putative Republican presidential candidates on the right, Hillary Clinton comes off as a political pragmatist, avoiding the shoals of ideological extremes as she navigates her way to Democratic Party acclamation. The difference between Hillary Rodham Clinton and Saul Alinsky is that she chose to work from within the political system while he worked from the outside. Some of Alinsky’s tactics don’t seem to fit the campaign strategy of a mainstream Democratic presidential candidate.—Rick Cohen