Hoarders: the Nonprofit Edition (and Other Ethical Issues) 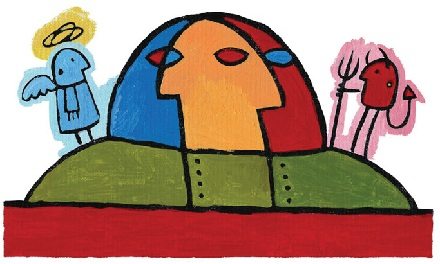 learned that the board of directors of my agency has for the last ten years followed a policy of not spending any of the yearly returns from its endowment of around $10 million. I do not know what goes on in board meetings but I hear that successive finance chairs are proud that they have grown the endowment through the recession and that the executive director supports the policy. Isn’t the main purpose of an endowment to generate interest income for program expenses? We rattle the can so we can prevent families from becoming homeless, while every year about $200,000 of the money that could be going to programs is instead getting plowed back into Wall Street. I’m not talking about touching the endowment principal, and I know our board’s policy isn’t illegal, but is it ethical? I just hope we can spend some of the money on our mission.

There are many people who would say that this behavior is unethical. However, I am inclined to be cautious. The board may be reserving a portion of this pot of money to smooth monthly cash flow (working capital). It may be reserving another portion to cover unexpected budget shortfalls (operating reserve). Or it may be saving for an extraordinary expenditure, such as buying a new building or rehabilitating your existing physical plant without borrowing (capital reserve). These are legitimate choices. If your agency is very large and its regular income is volatile, even $10 million may not be sufficient. However, it is important that the board have a plan for the money. If you ask enough questions, maybe the executive director and board members will focus their attention on the reasons for accumulation.

By the way, spending policy should be expressed in terms of total return (interest plus dividends and capital gains or losses), not in terms of interest alone. Furthermore, it should be based on average returns over several prior years—never on the current year alone.

I have new clients who have to have an audit and were referred to me. They gave me their QuickBooks file on USB and a box of bank statements, paid invoices, billing statements—all in order. Before doing anything else I e-mailed them with a request for other information I knew I would need to look at and document. So far so good, right?

Within five minutes of downloading their company file and looking at their unadjusted financial statements, cash in bank, etc., it was evident to me that they had a going concern problem. I always hate to use the word “problem,” but this could be terminal—as in, they probably wouldn’t last another six months without a major source of funding. Overall, that usually doesn’t have to be a “problem” (hey, it happens sometimes, right?). It most likely will, however, lead to a modification of the auditor’s report as well as the footnotes to the financial statements.

Again, it happens. Nobody is 100 percent successful 100 percent of the time. Here’s where it gets weird (and all this happened over the course of a week): They included the minutes of the board of directors’ meetings with their initial documents. Urgency of the matter was indicated but was never the overriding theme of any of the meetings. I sent the treasurer of the board of directors and the executive director an e-mail. Very diplomatically and in a non-confrontational manner, I asked if we could set up a meeting to discuss the organization’s capitalization and financing plans for their present and future growth.

They responded with an e-mail consisting of a polite salutation and an attachment of some information I had asked for earlier—nothing more.

I sent them another e-mail, rephrasing my request for a meeting, again very nonconfrontationally and indicating respect for their organization and mission.

They responded with another e-mail, again addressing me politely, with some other bit of information attached that I had requested earlier, and again completely ignoring my request for a meeting. This went on for one more round of e-mails.

They know what I am driving at. They don’t want to address or discuss it. They are frightened. They may think I am sending them all to jail.

Sometimes you have to shake your head and wonder, “What are they thinking?” I also wonder why they needed a new auditor. Coincidence? Anyway, you have a definite obligation to break the bad news to them. Tell them that, based on a preliminary review of their records, you have doubts about their ability to remain a going concern. Professional standards (AU-341.03b) require you to “(1) obtain information about management’s plans that are intended to mitigate the effect of such conditions or events, and (2) assess the likelihood that such plans can be effectively implemented.”1 Maybe they are just too embarrassed to talk face-toface, so ask for a written plan. I assume such a plan does not exist, but it would be to their benefit to develop one, put it in writing, and obtain their board’s approval. This could be the jolt they need.

Some years ago, a membership association established a charitable nonprofit to receive grant funding from the state and federal government. The members of the association’s board also serve as members of the charitable nonprofit’s board. The officers of one do double duty as officers of the other. I worry that this arrangement is rife with conflicts of interest. The chairman of the board and the president of the association are the same person, and he says it isn’t. What do you say?

This is a tricky (but not a trick) question. In the classic sense, a conflict of interest is a personal financial interest that is inconsistent with the duty of loyalty board members have to their organization. (Appendix A to instructions for the Internal Revenue Service’s Form 1023 gives a sample conflict-of-interest policy in the classic tradition.2) In this sense, the chairman/president/whatever is right. However, I believe the classic view is too narrow.

In my view, whether the situation you describe poses a conflict of interest turns on the purpose of the daughter nonprofit. (You should be able to find the nonprofit’s purpose spelled out in its articles of incorporation and bylaws, and on its Form 1023.) If the nonprofit’s purpose is very broad, there is ample scope for conflicts of interest when decisions are made about applying or not applying for particular grants, and how to spend unrestricted gifts to the nonprofit. However, if the nonprofit is designed specifically to support the work of the membership association and has no programs of its own, the governance structure you describe poses no conflicts. For audit purposes, however, it would still be worthwhile to have separate organizations.