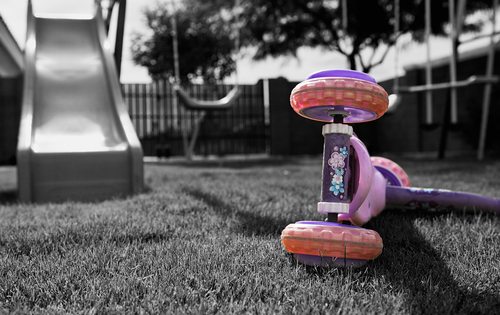 One of the noteworthy successes of Massachusetts-based foundations during the gubernatorial administrations of both Mitt Romney and Deval Patrick was to get homeless persons out of shelters and motels and into permanent supportive housing. If the Wall Street Journal’s coverage is correct, the state system hasn’t been as successful in getting homeless families out of hotels and motels as once thought. Jon Kamp reports for the Journal that in January of this year, there were 2,081 homeless families in hotels and motels in Massachusetts, what he describes as a population of homeless families that has “surged.” He says that that number is near an all-time high, and up 23 percent from the beginning of 2013.

The presence of any homeless families living in motels or shelters is a tragedy. Massachusetts, at least, provides homeless families with guaranteed shelter under its Emergency Assistance program, as opposed to the choice of other states to leave the homeless, including children, to the streets. However, Kamp’s numbers don’t quite match up to what we found on the website of the Massachusetts Department of Housing and Community Development’s Housing Stabilization division. A table available on the DHCD website suggests that the figure of 2,081 homeless families in hotels and motels is as low as it has been since July of 2008, when there was a daily average of 2,036 homeless EA-assisted families in motels and hotels. The table indicates that there had been an average of 3,619 homeless families on any given night in January of 2013.

Whatever the reason for the discrepancy between the WSJ report and the statistics on the DHCD website, the surprising factor is that the number of homeless families in motels and hotels by the state’s own records has been increasing significantly despite both the winding down of the recession and the state’s own relatively healthy recession-time economic condition compared to many other state economies that are worse off. The state’s own FY2014 action plan for addressing homeless portrays a more difficult situation for homeless families, counting 3,300 in “emergency shelter placement units, including hotels and motels” and estimated a need for 11,052 units of permanent supportive housing for homeless families with children.

The challenge of homeless families in motels and hotels has long been known to the state’s foundations and government agencies. A white paper from 2010 prepared by University of Pennsylvania social scientist Dennis Culhane examined the extra cost of putting homeless families into hotels and motels (not to mention the even higher-cost option of shelters) with worse resultant outcomes than providing housing subsidies for the families toward getting them into permanent housing.

One possible solution Kamp cites for at least some of the homeless families in hotels and motels comes in the form of “a program that offers as much as $4,000 to help families keep homes or move to new ones” plus the provision of rental housing vouchers. That possible “solution” has been on the books for a while: the HomeBASE Housing Assistance Program. However, good programs need money sufficient to meet demand. In its first year, HomeBASE ran out of money in its first two or three months, despite the belief that the funds—$38.5 million in FY2012—would be sufficient for a full year. Although spending out nearly $40 million in three months means that even $100 million would have been insufficient, HomeBASE received only $88.7 million in FY2013, and the Massachusetts legislature recommended $58.97 million for FY2014.

The point here is not to make too much out of one program directed at homeless families in motels and hotels. Governor Patrick’s list of homeless initiatives in addition to HomeBASE includes a program for families at risk of becoming homeless, more housing rental housing vouchers for extremely low-income families, the provision of case management services for families in supportive housing, and attention to stabilizing and maintaining public housing. Nonetheless, it all goes to demonstrate several obvious points: