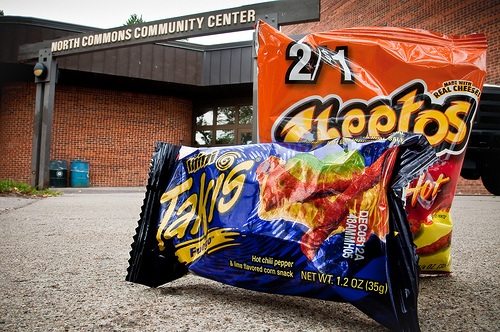 One of the latest viral videos to circulate the Internet, a music video titled “Hot Cheetos and Takis,” may be able to teach education programs more than just what the kids are craving. The catchy song from Y.N.RichKids, which is comprised of several 12-year-old rappers, had been viewed more than two million times just three weeks after it was uploaded to YouTube. Despite some viewers’ criticism of the promotion of junk food, the video is seen by some as an effective and engaging use of after-school programming.

The music video was recorded and produced at the Nellie Stone Johnson (NSJ) Beacons Center through the North Community Beats and Rhymes Program, one of the YMCA’s Beacons Minneapolis after-school programs. The NSJ Beacons Center also provides after-school programs for youth on break dancing, basketball, tumbling, DJ spinning, and more. Beats and Rhymes has produced eight albums in the past three years, including the album “School House Rap”—a play on the “Schoolhouse Rock” series, which used sing-a-long songs to educate children on science, math, history, grammar, and economics.

The young rapping collective Y.N.RichKids has received acclaim for its high-quality video and the group has been called “talented beyond their years.” The lyrics to the song are creative yet catchy, taking off on the residue that the snacks can leave on one’s fingers with a line such as “I’m on point like an elbow, my hands are red like Elmo.” You can watch the full “Hot Cheetos and Takis” video here:

Writing for MinnPost, Beth Hawkins exclaims, “Dig even a little bit into NSJ’s oeuvre and you will realize that you’re looking at the spot on the map where engagement hits learning. These raps must be scored, written, produced and choreographed, which requires literacy, math, teamwork and so on. There’s no end to the academics hidden inside all of this after-school fun.”

A recent Afterschool Alliance study has reported an increase in school participation and attendance among students involved in after-school programming. The study also found after-school programs have positive benefits for health, students’ grades and for working families. A 2012 study by the National Endowment for the Arts (NEA) also showed a deep connection between student achievement and arts involvement. The Beacons Center has received grants and support from Youthprise, an intermediary formed by the McKnight Foundation which supports “thinking and innovative ideas on learning beyond the classroom.” The MinnPost’s Hawkins notes that attention has shifted to increasing the length of school days, yet after-school programming seems to have been pushed to the sidelines in some areas.

“How can we provide more (Twin Cities) kids this kind of opportunity?” Hawkins asks. It’s a very important question that should extend to all youth throughout our education systems. –Aine Creedon