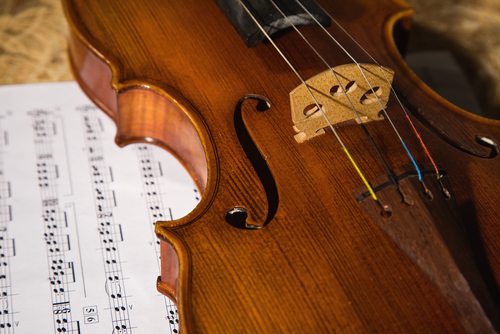 With so much attention being paid—in NPQ newswires and elsewhere—to struggling symphony orchestras and other leading cultural institutions, it’s refreshing to report on a symphony that has just happily concluded its 100th-anniversary season and is hoping to end the centennial celebration with its best-ever annual campaign and at the same time to share a creative twist to its fundraising and audience engagement this year.

The Houston Symphony has just completed an eventful season that included these highlights:

The symphony is hoping to raise $500,000, with a promise of matching funds from a “consortium of donors” that has agreed to match dollar-for-dollar all gifts from $25 to $10,000 for this end-of-the-year campaign. As noted on the home page of the symphony’s website, “Philanthropic support accounts for two-thirds of the orchestra’s $30.7 million operating budget.” That’s some serious philanthropy.

Now for the twist and an extra incentive to make a donation: Anyone who gives at least $25 to the symphony will be invited to a Donor Appreciation Concert at Houston’s Jones Hall on August 28. And it gets even better: Donors get to vote on the program for that concert through an invitation-only voting process that will be rolled out next week.

What a wonderful way to give back to the community, to engage the audience in a meaningful way in the art-making process and to send a message that this symphony orchestra is “of the people.” The voting on this special concert certainly doesn’t make the symphony’s artistic selections into a democracy, but in addition to giving donors what they ask for on this one evening, it’s a neat way to do a little market research, and hopefully carry the momentum from a celebratory centennial season into the next century of the organization’s life.—Eileen Cunniffe