How a Virtual Cat Raised $2.3 Million in Sandy Relief 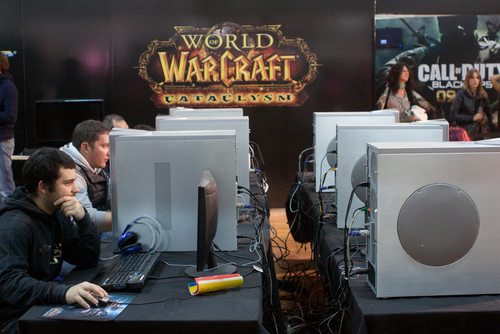 The phenomenally popular “World of Warcraft” has a reputation for enticing gamers into marathon sessions in which their avatars bound about a virtual world battling enemies and protecting allies. The website Geekosystem.com notes that “World of Warcraft” has become “a community as much as it is a game.” It seems this community is banding together to do something other than just amass virtual weaponry.

MSNBC reports that “World of Warcraft” gamers have raised $2.3 million for the benefit of victims of Superstorm Sandy. Here’s how it worked: Blizzard Entertainment created a “Cinder Kitten” character (a cat made out of fire sporting an armor of spikes) as part of the game and promised that it would pass along the money from any player who purchased it (for $10) to the American Red Cross. This is not the first such attempt to mobilize a virtual community for the benefit of real world charity, and Geekosystem notes that Blizzard Entertainment itself has used this fundraising tactic in the past:

“Creating adorable in-game pets seems to be Blizzard’s preferred method of raising money for charity, and it works well for them. The campaign to raise money for tsunami relief in 2011 involved selling a ‘Cenarion Hatchling’ pet, and that raised over $1.9 million. People love pets — even virtual ones that are on fire.”

Fundraisers: as you survey the landscape to tap into potential fundraising communities, have you considered any virtual communities? NPQ would love to hear about any experiments along these lines. –Mike Keefe-Feldman