How Liberatory Philanthropy and Restorative Investing Can Remake the Economy 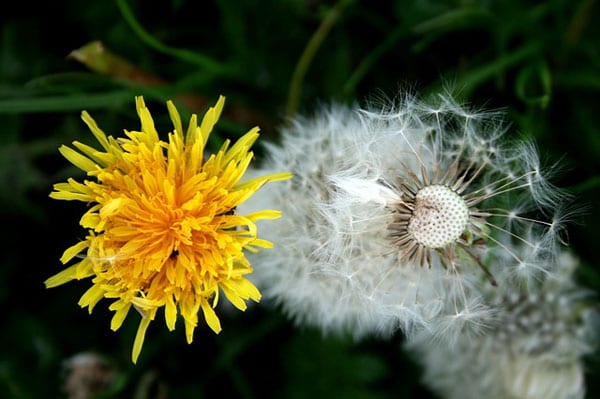 The past year ushered in a new level of poignant and popular critique of the business of philanthropy, catalyzing widespread discussion and debate about philanthropy’s role in perpetuating and exacerbating economic inequality and racial injustice. Books like Winners Take All by Anand Giridharadas and Edgar Villanueva’s Decolonizing Wealth became essential reading and struck a chord throughout the social sector and mainstream society.

As Giridharadas, Villanueva, and others make compellingly clear, not only is philanthropy the product of wealth inequality, philanthropy—deliberate or not—thrives in an environment that perpetuates privilege, white supremacy, and entrenched power. Perhaps most significantly, institutional philanthropy often reinforces economic exploitation and extraction. Philanthropy, like extreme poverty, is simply a byproduct of social, gender, racial, and economic injustice.

Curiously, philanthropy is used to address problems created by an economic system that engenders radical wealth inequality, thus making philanthropy necessary in the first place. That we live in what has effectively become a winner-take-all economy is not seriously in doubt. According to Credit Suisse, the wealthiest one percent now own 47.2 percent of the world’s wealth. In the United States, the numbers are only slightly better, with the wealthiest one percent of US households owning 39.6 percent of the country’s wealth. In 2017, 82 percent of all new wealth created worldwide went to the richest one percent. In 2017, the world’s richest 500 billionaires’ net worth grew 24 percent to $5.38 trillion while the poorest 50 percent saw no increase in wealth at all. The world’s billionaires saw their collective wealth increase by $762 billion, enough money to put an end to global extreme poverty seven times over.

This massive concentration of wealth among the wealthiest comes during an era when worker rights are often perfunctory at best, an oxymoron at worst—a world where, despite talk of shared value, Wall Street maintains an unrelenting focus on shareholder returns. Further, according to The Road to Zero Wealth, a 2017 study by Prosperity Now and the Institute for Policy Studies, if the US racial wealth gap remains unaddressed, Black median household wealth will fall to zero by 2053, while white median household wealth is projected to rise to $137,000 by that same year.

The demography of the United States is changing: People of color will be the majority within a generation and already are in public schools nationwide. Meanwhile, wealth—and the power, protection, and access that come with it—continues to be extracted from and denied to communities of color and other marginalized communities.

Our global economic system clearly benefits the 2,208 billionaires and 36 million millionaires in the world, but literally billions are left behind. When it is the case that, even in the wealthy US, so many are headed toward zero or even negative wealth, what is philanthropy to do?

The field of philanthropy must wrestle with its complacency in the systemic accumulation and concentration of wealth. Philanthropy needs a liberation; a movement to redress these systemic failures and restore equity. In order to liberate philanthropy, a number of justice-oriented organizations have developed concrete and actionable steps for philanthropy to take.

One such organization is Justice Funders, an Oakland-based foundation affinity group. They have developed a Resonance Framework, which offers foundations clear, step-by-step guidance. The framework they apply, which they call a Just Transition, requires foundations “to acknowledge the impact of the extractive economy on marginalized communities, repair the harms of our long history of exploitation, and reject the continued accumulation of wealth and power in the hands of a few.”

To make liberatory philanthropy a reality, foundation leaders to take a hard look at how they manage and invest their endowments. Federal law only stipulates that foundations give away five percent of their endowments each year (though, in fact, even this number can be reduced, since staff and consultant expenses are included in that five percent). The other 95 percent of foundation endowments is generally invested in Wall Street to ensure that philanthropic largess remains in perpetuity. Foundations can no longer treat the investment of their endowments separately from their grantmaking. The level of inequity in this country is rising quickly; the stakes are too high.

As nonprofit consultant Nwamaka Agbo has indicated, there is a different approach, which she calls “restorative economics.” This is an approach that is “rooted in relationships with social movements in a way that democratizes the ownership of wealth, land and resources…where communities are making decisions around who has access to those resources.”

According to the Foundation Center, there are nearly 86,000 charitable foundations with more than $890 billion in assets. The Chronicle of Philanthropy recently reported that of the 15 largest US foundations, only Ford, Kellogg, Kresge, and MacArthur have committed part of their endowments to align with their missions. But even with these foundations, their assets by and large are still not invested in alignment with their missions.

Rather than pursue investment returns that prioritize perpetuity, what if foundations invested their assets in ways that deliberately addressed inequality? What if foundations divested from Wall Street altogether and instead invested in local economic enterprises that are building wealth in communities of color and low-wealth communities?

The goal for foundations should no longer be to accumulate wealth, further enabling wealth inequality to persist. Foundations must fundamentally change their way of operating by redistributing wealth, democratizing power, and shifting economic control to communities. This requires a shift in our underlying assumptions about the role of capital and our underlying approach to philanthropy.

To date, the most popular and mainstream forms of impact and mission investing—while hopefully generating both financial returns and social impact—fail to interrogate how wealth accumulation, capital supremacy, and concentrated power perpetuate injustice and inequality. Impact investing is often described as a way to transform health care, housing, and other fields, but is it possible to dismantle the systems that create wealth inequality, while upholding the power structure of those same systems? Philanthropy is uniquely positioned to take on these challenges. An opportunity exists for philanthropy to stretch beyond the status quo in impact investing and interrogate impact investments in a deeper way.

The Resonance Framework pioneered by Justice Funders offers principles and practices to guide foundations to move from a worldview of extraction—in which the preservation of wealth and power is prioritized over the needs of people and the environment—to one of transformation, in which wealth is redistributed, power is democratized, and economic control is shifted to communities in a way that is truly regenerative for people and the planet.

The Heron Foundation, a $275 million private foundation, illustrates how change is possible. Heron began to move away from extraction in 2015, after it discovered it was investing in Corrections Corporation of America (CCA)—now known as CoreCivic—the largest operator of private prisons in the United States. Heron’s mission is to help people and communities move out of poverty, and the foundation’s investments in private prisons contradicted its mission. As a result, Heron created a set of metrics for evaluating investments in its portfolio for community, social, and environmental impacts—what the foundation calls “net contribution.”

There are other reasons to feel hopeful. Heather McLeod Grant and Alexa Cortés Culwell of the philanthropic advisory firm Open Impact point out in an article titled “Making Better Big Bets” that, “As a sector, we’ve invested decades—and trillions of dollars—in social innovation, experimentation, and learning. There is no reason to start from scratch,” they write. Institutional philanthropy has invented some powerful tools that, if managed and deployed with a liberation and restorative framework, have potential to make the level of impact that we need.

One tool that could be mobilized are Donor-Advised Funds (DAFs). This is not the place to discuss the pros and cons of DAFs, a topic that NPQ has covered at length over the past year. But despite their faults, DAFs can also be an effective tool for aggregating and redeploying capital. Imagine, for example, a DAF that invests non-extractive capital in projects that leverage philanthropic investment for perpetual community wealth building—non-extractive capital for fostering equitable, economically empowered communities. By converting the DAF model into a Community Advised Fund (CAF), you could catalyze equitable and inclusive business development—while also ensuring that donor-advised dollars are deployed in a timely manner. My organization, the Business Alliance for Local Living Economies (BALLE), is currently exploring the launch of just such a model.

But my group is far from the only one seeking to transform philanthropy and investing. One of the most remarkable examples is the Buen Vivir Fund, founded by Thousand Currents, an organization that has supported self-determination in the Global South for over thirty years. The concept of buen vivir comes from Latin American indigenous movements and means “right living,” or life in balance with community, natural systems, and future generations. Through the Buen Vivir Fund, Thousand Currents and its partners—including NoVo and Swift Foundations –invest directly in grassroots economic change.

Still, in order for solutions like the Buen Vivir fund to flourish and shift the status quo, philanthropy must act boldly and swiftly. Two critical questions remain:

To create the equitable future we want, we need to be honest about what got us to, and keeps us in, this place of radical and widening economic inequality. If we truly want to live in an equitable society, those of us with power must give some of it up—and foundations are ideally positioned to model the way.

Rodney Foxworth is CEO of Common Future (formerly the Business Alliance for Local Living Economies [BALLE]), an organization based in Oakland, California, that works with foundations and nonprofit practitioners across North America to foster greater business ownership and wealth building in low-income communities and communities of color.