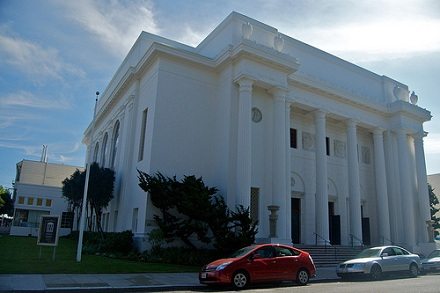 There is a new nonprofit based service called TV News Search and Borrow on the increasingly complex journalism scene. Based at San Francisco’s Internet Archive, the free service allows people to search over three years of archives from 20 national news programs in the U.S.

A Wall Street Journal article says that it is unclear whether the TV news companies whose archives are being opened up “will see the service as a long-needed archive – or a trampling on their intellectual property rights.” TV stations have, in the past, sued to have their content taken down if they have not licensed it on the site that has archived or is broadcasting it.

ABC News, NBC News and CBS News all have confirmed that they have been contacted, but declined to comment on whether or not they will use the system. PBS’ “NewsHour” has been using an early version and said they are happy with it. Linda Winslow, executive producer of Newshour, said, “It’s a great way to have an archive that we don’t have currently.”

Columbia Journalism Review blogger, Sara Morrison, thinks the site is a pretty cool resource, but also wonders “how long TV News … will stay up before the networks whose clips it archived without getting permission will demand that their content be taken down.” Other companies have tried to create video search engines but failed for this reason. All of those, however, were for-profit endeavors, says Morrison.

The New York Times reports that the Internet Archives could be protected under the fair use doctrine because all the clips are under 30 seconds and presumably for educational purposes rather than commercial.

We’ll see. Better get searching while we can just in case. –Ruth McCambridge and Aaron Lester