How Many New Museums Can Miami-Dade County Support? 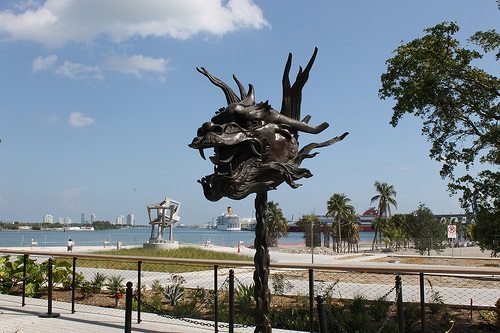 Miami-Dade County commissioner Dennis Moss has launched a campaign to bring a new black history museum to the city of Miami, following through on a caveat he offered when he voted in July to support a new Cuban exile museum on prime county land. But unlike the organizers of the Cuban museum project, whose pitch to the County Commission emphasized their intent to raise the $125 million required for the new facility from private donors, Moss is hoping to secure significant public funding for construction—in addition to a parcel of land—for the black history museum.

Last week, the commission’s Cultural Affairs Committee voted unanimously to recommend a county study on how to bring a black history museum to the Miami waterfront. As reported in the Miami Herald, Moss’s proposal “promises to inject more tension into the already delicate task of prioritizing Miami-Dade’s cultural institutions.”

Moss, a five-term commissioner and the group’s senior African-American member, has suggested that the prosperity divide between the Cuban and black communities calls for a different funding strategy. “You’re looking at an African-American community that doesn’t have the resources of the Cuban community,” he said. “They’re better positioned to do the museum themselves.” He also cited public funds that have been used to support two new museum facilities—Pérez Art Museum Miami and the Patricia and Philip Frost Museum of Science, both of which represent expansions and relocations of existing cultural institutions to Miami’s Museum Park and both of which have been renamed in recognition of significant private donations that made those projects possible:

The black history museum resolution approved by the Cultural Affairs Committee notes that “this County was developed by black people who, while dreamers, made up the bulk of the pioneer labor force that helped make this County into the thriving metropolis it is today.” It cites the role of black workers in building Henry Flagler’s railroad, Miami Beach hotels, the Vizcaya mansion and the original Dade County Courthouse.

Despite unanimous approval for the resolution, the project itself is likely to face obstacles and may exacerbate racial tensions, especially if the level of public support falls short of what Moss hopes to see. His resolution recommends having voters endorse borrowing money for the project before moving forward—an endorsement that may be hard to earn in view of all the other recent museum projects. The Cuban exile museum, which is still very much in the planning stage, took years to get off the ground, and three of eleven county commissioners, including Miami’s first Cuban-born mayor (now a commissioner), still voted against it in July. Commissioner Esteban Bovo, who sponsored the Cuban exile museum project, has already signaled his concern about Moss’s strategy for the black history museum: “If he’s exploring public dollars to build, that’s not what the Cuban museum did,” Bovo said. “I’m going to hold everyone to the same standard.”

Earlier this year, NPQ’s Rick Cohen wrote an in-depth, two-part analysis (here are parts one and two) of the state of America’s black museums. As he noted, “These museums mount exhibitions and programs that tell the stories that most Americans, black or white, won’t get elsewhere—certainly only minimally in mainstream museums of art, culture, and history. At the same time, many African-American museums confront financial constraints and challenges that aren’t easily solved.” Among the challenges cited were the “front-end financial problems of most black museums.”

Even recognizing those realities, it would be a shame to turn the situation in Miami-Dade into a conversation about race, about which types of cultural institutions require—or deserve—“front-end” taxpayer funding. Because the real question may be how many new cultural institutions or facilities the county and its taxpayers can reasonably be expected to support at a time when municipal budgets are already stretched to the breaking point. Last week, Jorge Pérez led a delegation seeking an additional $1.4 million from the county for PAMM. County Commission chairwoman Rebeca Sosa is opposed to the additional funds for PAMM, noting, “I’m trying to find funding for police and other county services.”

So while there is no doubt significant support for the concept of a new black history museum in Miami, the reality may require a great deal of patience, unless private funders are willing to lend their support—and perhaps their names—to the project.—Eileen Cunniffe