How Nonprofits Are Used for Political Donor Laundering 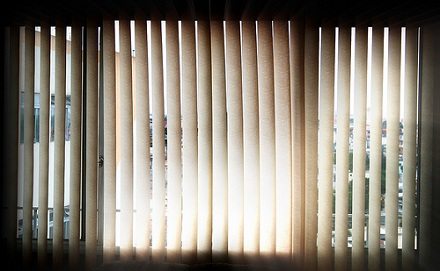 Writing for USA TODAY, Stephen Engelberg provides a useful reminder that the Supreme Court’s Citizens United v. Federal Election Commission (FEC) decision wasn’t meant to keep the names of donors to 501(c)(4) social welfare organizations secret. In the Citizens United ruling, Justice Anthony Kennedy wrote, “With the advent of the Internet, prompt disclosure of expenditures can provide shareholders and citizens with the information needed to hold corporations and elected officials accountable for their positions and supporters.”

Kennedy wrote that voters, union members, and corporate shareholders would be able to get instant information on donations from corporations and unions from laptops or smartphones, even though corporate and union donations toward this electoral free speech would be unlimited as a result of the court decision. “This transparency,” Kennedy added, “enables the electorate to make informed decisions and give proper weight to different speakers and messages.”

However, after the 2007 FEC vs. Wisconsin Right to Life ruling, which allowed corporations to fund attack ads criticizing candidates by name so long as they didn’t advocate for the candidates’ defeat, the Federal Elections Commission determined that 501(c)(4)s only had to disclose their donors if donors earmarked their contributions for political ads. All but the most comatose political lawyers have figured out a way around that FEC ruling. In 2006, prior to the Wisconsin Right to Life decision, only two percent of spending by outside (non-candidate, non-party) political committees was undisclosed. It jumped to 25 percent by 2008, and to 40 percent by 2010. Who needs to earmark if you know your donations are going to be used by the (c)(4) for political ads regardless?

The courts just overturned that unjustified FEC rule, but the loophole experts have a way around that. In something of a “donor laundering” process, they simply make undisclosed donations to a 501(c)(4) which then makes a donation to an allied or affiliated PAC that will run the ad. Who is the donor named as the funder of the attack ad? The 501(c)(4) social welfare organization, not the individuals who contributed to that (c)(4). The Campaign Legal Center’s general counsel, Paul S. Ryan (not to be confused with Republican vice presidential candidate Paul D. Ryan), suggests that efforts to correct this year’s problems in campaign finance will be too little and too late: “I think this election will be mired and perhaps overwhelmed by secret money.”

The nonprofit sector isn’t helping in this instance. We haven’t heard a full-throated call by nonprofits for full and immediate disclosure of political spending through 501(c)(4) social welfare organizations—and we know why. Some of it is the all-too-typical concern about regulation: Go regulate the guy behind the tree, not me. That other nonprofit is the problem and should disclose, not my social welfare organization with its nicer, benevolently motivated caliber of donors. More powerful is the fear that if the courts and Congress start chipping away at the secrecy of donations to 501(c)(4)s, the momentum will push lawmakers to question the reasons for the secrecy of donations to 501(c)(3)s. As much as advocates call for getting big corporate money (much bigger than 501(c)(5) labor union money) out of politics, they quake at the notion of rolling back the nation’s blind commitment to donor secrecy.

What is more important: ridding the political system of big money pollution or protecting against any encroachment on nonprofit nondisclosure privileges?—Rick Cohen