How to Pull Off a Mission Hijacking: The Case of the American Bible Society 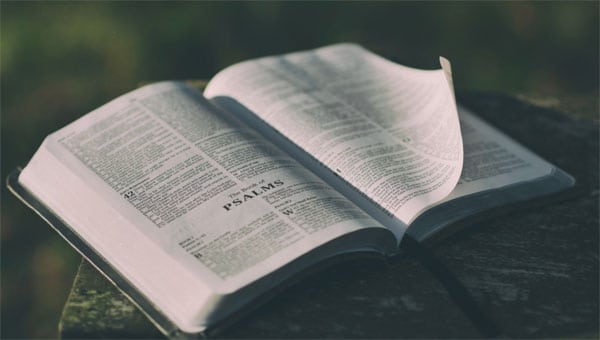 Nonprofit missions can certainly change over time, and sometimes for the better. But rarely do we see such an about-face as what some have noted at the American Bible Society, and even more rarely is that about-face so carefully documented that we are able to note what went into the hijacking of a mission. Here are the facts in short form, but I recommend the original articles we have drawn from for more depth.

John Fea writes an interesting account in The Conversation of changes at the American Bible Society that led to a demand from the nonprofit that all employees sign a statement of faith and lifestyle expectations. In this “Affirmation of Biblical Community,” one must, among other things, affirm that marriage can only occur between a man and a woman. Such statements are not all that unusual in religious organizations, but in the case of the 200-year-old ABS, it represents a significant break with the organization’s deep-rooted traditions that, Fea says, culminates a “roughly 20-year transformation of the Society from a diverse Christian organization to a ministry with strong ties to American evangelicalism.”

ABS, along with a number of similar organizations like the American Bible Society and the British and Foreign Bible Society, arose in the early 19th century simply to distribute Bibles in an explicitly nondenominational way. In so doing, they resisted anything that even smacked of interpretation. Fea provides an example of how seriously they took this point of principle:

For example, in 1835, the British Baptist Mission in Calcutta, India, appealed to the ABS for help in funding a translation of the New Testament into the Bengali language. ABS refused to fund the project because the translators of the Bengali Bible translated “baptizo”—the Greek word for “baptism”—in a way that preferred the Baptist practice of completely immersing new converts in a body of water over other forms of baptism, such as the sprinkling of babies.

In this case, the ABS reaffirmed its commitment to publishing the Bible “without note or comment” and reminded the British Baptist Mission that it was not in the business of promoting “local feelings, party prejudices” and “sectarian jealousies.”

No small, antiquated entity, ABS has an annual budget of US $100 million and revenues of over $369 million. Fea says its goal is to translate the Bible into every human language by 2025. But in 2001, under the leadership of Eugene Habecker, ABS dropped the “without doctrinal note or comment” provision and added the clause “so that all may experience [the Bible’s] life-changing message.” It also added more Evangelicals and Catholics to its board of managers and started providing grants “for the publication of Bibles to organizations such as Campus Crusade for Christ, the Lausanne Committee for World Evangelism, Liberty University, and a host of evangelical missionary agencies,” thus placing themselves within a particular sectarian network. Every president since Habecker has also been evangelical.

Many evangelicals, and I imagine a good number of conservative Catholics, will celebrate the “Affirmation of Biblical Community.” Others will part ways with the organization. Indeed, many already have. Whatever one thinks about the new statement, it is definitely part of an ongoing effort by the evangelical leadership of ABS to redefine the historical identity of the Bible society movement.

Writing for Religion News Service, Yonat Shimron points to a statement from current President and CEO Roy Peterson: “We did this because we believe a staff made up of people with a deep and personal connection to the Bible will bring unity and clarity as we continue our third century of ministry.” But that is certainly not the whole story. As Shimron writes:

This is not the first time the American Bible Society has faced criticism for adopting a religious policy. Earlier this year, a group of academics protested the organization’s recently acquired .bible domain name for excluding any group with a scholarly or secular orientation from using the internet network address.

The American Bible Society relented to allow Jewish groups to use the .bible domain name, but its internet dispute panel still requires members who “believe that the Bible is the Word of God which brings salvation through Christ,” a statement Jews could not adhere to.

Meanwhile, the organization’s messaging has stayed carefully neutral even as the paddock gets smaller. “We understand there are differing views on these matters,” Peterson said. “This decision does not signal intent to advocate or champion any cause other than increased engagement with the Bible.”—Ruth McCambridge