If You Ran Greenpeace, How Would You Undo the Damage of the Nazca Lines Incident? 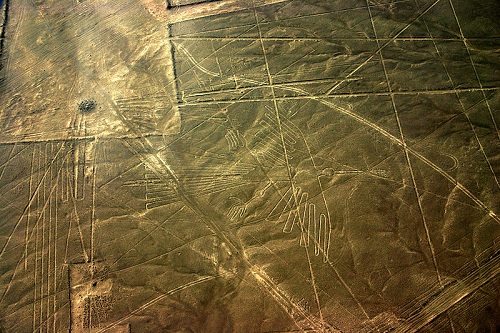 An unbelievably counterproductive action conceived and conducted by Greenpeace activists has made political bedfellows of Fox News and Vladimir Putin.

Putin’s Russia Today (RT) news source has barely been able to contain its chortling in reporting about Greenpeace’s executive director, Kumi Naidoo, appearing before a Peruvian court to apologize for the intrusion of people associated with Greenpeace into a UNESCO World Heritage Site containing the fragile Nazca Lines, etchings made 1,500 to 2,000 years ago, to lay out cloth letters, visible by airplane, that read, “Time for change! The future is renewable! Greenpeace.” Unfortunately, the Nazca Lines are not renewable and may have been damaged irreparably. Putin has had a cold spot in his heart for Greenpeace for a long time, certainly since the Greenpeace icebreaker, Arctic Sunrise, deposited some Greenpeace activists on a Gazprom oil rig in the Pechora Sea, which resulted in Russia’s seizing the boat and arresting 30 onboard.

No friend of Putin’s regime, Fox News has also been intrepidly following the Greenpeace debacle in Peru, in contrast to the limited coverage the story has received from other sources. Fox has written about the Greenpeace “publicity stunt” and Greenpeace’s rather ham-handed efforts to explain and apologize, including Greenpeace’s initial response that its activists were “absolutely careful” not to disturb the Nazca geoglyphs, when it is well known that access to the area is restricted due to the inevitability of damage from people’s footprints, and its subsequent statement that the Greenpeace understands “that this looks bad.” Fox has been no less a critic of Greenpeace over the years, notably giving extensive airtime on Hannity and other shows to former Greenpeace member Patrick Moore (billing himself inaccurately as a co-founder of Greenpeace) who has become a public dissenter against the notion of manmade climate change.

Despite the new convergence of Fox and Putin, there is no question that Greenpeace stumbled badly in its protest at the United Nations Climate Change conference in Peru earlier this month. Despite Naidoo’s public apology and the removal of the Greenpeace lettering, the damage has been done. Aerial flights still show the outlines of the letter “c” from “Greenpeace” along with footprints in the fragile sand and rock, and Peruvian authorities say that there are no known techniques for fixing the damage Greenpeace caused. Naidoo’s offer that Greenpeace and Peru work together to protect the site may sound almost cynical, given that the damage was caused by Greenpeace itself and cannot be remedied.

What should be done now? What would you do if you were Naidoo, trying to handle a devastating crisis for the organization?

Greenpeace is a long-admired organization whose activists have risked not only imprisonment, as in Russia with the Arctic Sunrise, but physical harm, with the French navy’s sinking of the Rainbow Warrior in New Zealand before it joined a protest against French nuclear weapons tests in the Pacific. It has been admirably persistent and courageous in its activism on climate change, nuclear power, genetically modified foods, and much more. The Nazca Lines incident threatens to reverse much of Greenpeace’s trajectory of accomplishments and perhaps inalterably damage its organizational credibility and trust. What would you do if you ran Greenpeace?—Rick Cohen

Disclosure: Rick Cohen once served on an advisory board with Greenpeace CEO Kumi Naidoo when Naidoo was head of Civicus