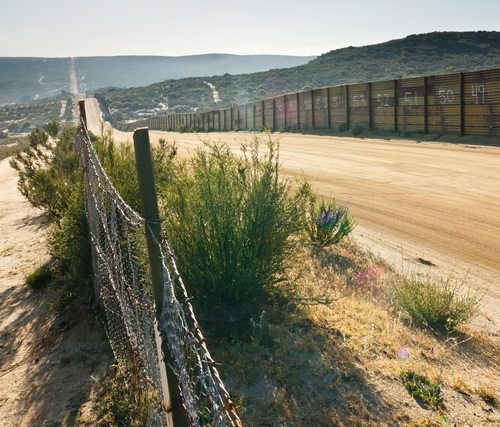 The Migration Policy Institute (MPI) recently released a report on immigration enforcement that not only caught the attention of major media outlets but also elicited protests from the Center for Immigration Studies (CIS), another research institution focused on immigration. The report’s most important take-away, according to the MPI authors, is the finding that “the U.S. government spends more on its immigration enforcement agencies than on all its other principal criminal federal law enforcement agencies combined.”

In FY 2012, U.S. government spending on Customs and Border Protection (CBP), Immigration and Customs Enforcement (ICE) and the latter’s primary technology initiative, and the Visitor and Immigrant Status Indicator Technology (US-VISIT) reached nearly $18 billion. That is, U.S. spending on immigration issues exceeded, by about 24 percent, the total spending for the Federal Bureau of Investigation (FBI), the Drug Enforcement Administration (DEA), the Secret Service, the U.S. Marshals Service, and the Bureau of Alcohol, Tobacco, Firearms, and Explosives (ATF).

MPI challenges what it perceives as the obsession that hawks in Congress have with immigration enforcement. The authors argue that “the question is no longer whether the government is willing and able to enforce the nation’s immigration laws. The report argues that the government has more than proven its concern with immigration enforcement, as evidenced by the record-setting four million deportations during President Obama’s first term. Moreover, Pew Research documents that net migration from Mexico has fallen to zero, or possibly even less (i.e., a potential reverse flow to Mexico). Thus, MPI experts reason that the proper question is “how enforcement resources and mandates can be best mobilized to control illegal immigration and ensure the integrity of the nation’s immigration laws and traditions.”

Fox News Latino reports that CIS labeled MPI’s work as “bogus” and an “attempt to help sell the president’s immigration agenda.” CIS accuses MPI of misleading readers with “grossly” inflated numbers. “I couldn’t help but think they were being deliberatively manipulative,” said Jessica Vaughn, director of policy studies at CIS. “Frankly, it took just a few hours to see that they were way off on the budget.”

“A large amount of that spending has nothing to do with immigrants,” Mark Krikorian, CIS executive director, told the New York Times. Doris Meissner, an author of the MPI report and former commissioner of the Immigration and Naturalization Service (INS) in the Clinton administration defended the integrity of the research. “This particular report offers no policy recommendations,” Meissner told Fox. “We have not suggested any reductions in funding anywhere. This is a report we would have issued regardless of who was president.” She also added, “[I]f you look at CIS’s research, I don’t think you see the same kind of rigor.”

Those who are serious about understanding immigration (and other issues, for that matter) need to be discerning about information released by think tanks. They have to ferret out any underlying agendas. While many research institutions remain nonpartisan and present evidenced-based data to inform policy discourse, there are those that act more like advocacy tanks than think tanks (in fact, the NPQ Newswire recently noted a potential move in this direction by the Heritage Foundation). These institutes sometimes frame issues or pick information to advance their causes and politics rather than laying out full and fair assessments of issues. As for the dispute between MPI and CIS, we suggest that you visit their respective websites and peruse their materials. It’s all rather apparent. –Erwin de Leon