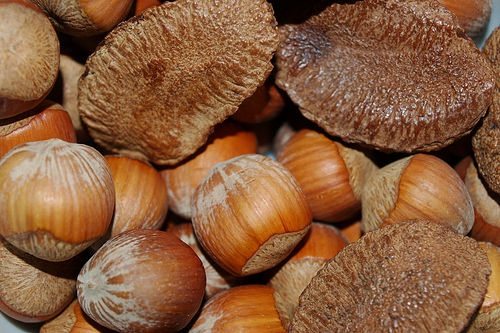 What do palm trees, chestnuts, and kisses have in common? They’re all denominations of bank-issued alternative currencies that are a key community development tool in some of Brazil’s toughest neighborhoods. While the questionable business practices of “big banks” have dominated recent headlines, a network of community development banks in the United States has been quietly working to reinvest capital in poor communities through microfinance, real estate projects and individual asset development. Throughout the U.S., there are also community development-oriented “social currencies.” Examples of this alternative form of legal tender include “Ithaca Dollars” in Upstate New York and “Berkshares” in Western Massachusetts. These alternative, non-cash currencies facilitate the exchange of local goods and services and are often connected with “buy local” campaigns and barter systems.

Might we gain greater community revitalization impact in the U.S. by better integrating cash and non-cash development tools? The experience of community banks in Brazil offers inspiration. Community banking emerged in Brazil just fifteen years ago with the establishment of the Fortaleza-based Banco Palmas. Today, there are approximately 100 such banks in the country. Through coordinated micro-financing, technical assistance for small businesses, community facility investment and social currency systems, Brazil’s community banks are assisting some of the nation’s most notoriously dangerous and economically impoverished communities.

For example, Banco Verde Vida (Green Life Bank) of Vila Velha accepts wheelbarrows of recyclable rubbish twice a week from neighborhood residents. It pays these vendors with “moeda verde,” an alternative currency that can be spent at local businesses or, for food and cleaning materials, at a bank-owned store. The initiative has led to cleaner neighborhood streets, new small business development and improved incomes for residents.

In the nearby San Benedito neighborhood of Vitoria, a former bricklayer borrowed money twice from his local Banco Bem, first to build and then to enlarge his business. As was once the norm for U.S banks, Banco Bem’s small business lending is often character-based. According to bank manager Leonora Mol, “The neighbors decide who should get the loans. We ask them a very simple question: if this money were yours, would you lend it to this person?” Now, many of the bricklayer’s customers pay for his products with “bems,” an alternative currency also issued by the bank.

The “developed” world has already successfully borrowed key community development concepts, such as microfinance and appropriate technology, from the dynamic “developing” world. Now, with cash an increasingly scarce resource here in the U.S., it makes sense to look beyond our borders to see how cash and non-cash tools are integrated to make the impacts more than the sum of their parts. –Kathi Jaworski