In College Sports, a Blurry Line between Nonprofit and For-Profit 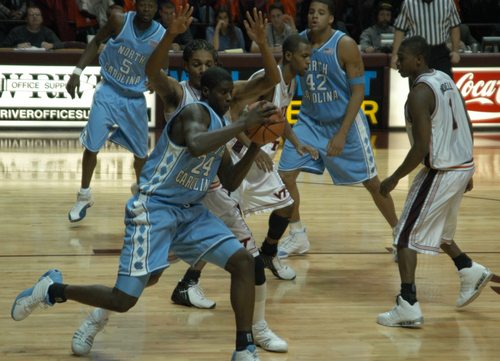 NPQ has frequently noted the unusual arrangement that makes the National Football League (NFL) a very “profitable” tax-exempt monopoly, but the NFL isn’t the only major money-earning sport league basking in tax-exempt status. Try the Atlantic Coast Conference (ACC). The NFL, as you may know by now, is a 501(c)(6) business association. Yes, it’s tax-exempt, but donations to the NFL, if it ever needed them to supplement the $9 billion it earns every year from its operations, would not be tax-deductible. But the ACC, one of several college sports associations, is structured as a 501(c)(3) charity.

Covering the sports operations of member schools such as Duke University, the University of North Carolina, and the University of Miami, the ACC’s $3.6 billion television deal is given tax-free treatment and it didn’t pay taxes on the more than $167 million it brought in last year. As a 501(c)(3), the ACC pays no property taxes on its Greensboro, N.C. headquarters building. With $1.46 million in base compensation, ACC Commissioner John Swofford is one of the tiny handful of (c)(3) CEOs earning more than $1 million a year.

There is nothing inherently not-nonprofit about these college athletic conferences earning and spending big numbers and paying hefty salaries. Investigative journalists at WRAL might find the big numbers signal a call for questioning their tax exemptions, but the profit-earning operations of these college sports leagues may be what really warrant their reconsideration as charities. If you’ve ever wanted to get a ticket for Duke against North Carolina in ACC basketball or Ohio State versus Michigan in Big Ten football, you might have had the feeling of participating in an exceptionally profitable and exceptionally profit-oriented sports event.—Rick Cohen