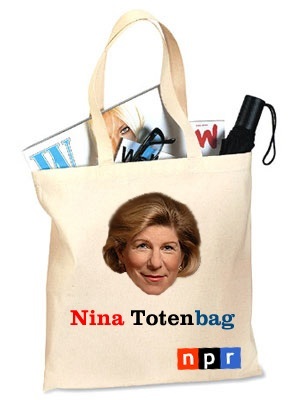 In the wake of the latest leadership turnover at National Public Radio (Gary Knell is leaving for the National Geographic Society after less than two years on the job), the venerable public radio network announced a plan to reduce or eliminate its operating cash deficit of $6.1 million. It plans to cut its workforce by 10 percent through offering staff voluntary buyouts. Staff have to have been employed for three years continuous years at NPR to be eligible for the buyouts. The buyout offer is two days of pay per month of employment, up to a maximum of 300 days.

This isn’t the first time that NPR has cut staff to deal with operating deficits. In 2008, it cut staff by 7 percent, resulting in the layoff of 64 people. Currently, NPR, which distributes program content to its 975 member stations, has 840 full- and part-time staff.

One can imagine some of the debate that will ensue. Every article we have seen on the layoffs contrasted the news about the deficit with the new $201 million headquarters that NPR opened on Capitol Hill this year, with features such as an in-house restaurant, an executive chef, healthcare facilities, and an employee gym. On the other hand, we suspect that NPR critics won’t spend as much time commenting on NPR’s increasing news audience, its noteworthy reporting from Egypt and Syria, and its regular coverage of issues of race.

Although a tiny percentage of NPR’s budget comes from federal funds, one can also imagine that members of Congress will try to make an issue out of NPR’s deficit, especially since the Washington Post reported a huge payment of nearly $679,000 in salary and severance in 2011 to former CEO Vivian Schiller after she resigned following a couple of crises, including a highly publicized sting conducted by associates of the conservative videographer James O’Keefe.

If anything, one gets the impression that NPR hasn’t done well with its executive leadership in recent years. As evidence, the Washington Post quoted an unnamed NPR staffer who said that the buyout offer caused some feelings of “disgust” with upper management.

On one hand, top management does carry the brunt of responsibility for the financial condition of a nonprofit, and probably rightfully so. However, one does have to wonder how additional layoffs will actually cover the deficit without undermining NPR’s excellent news coverage.—Rick Cohen