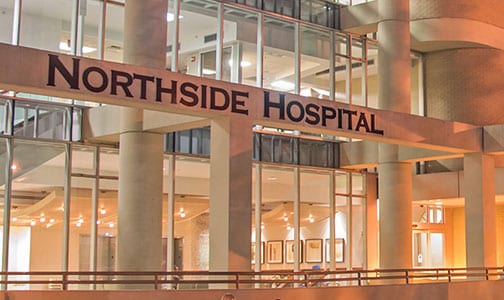 For years, many Georgia hospitals were run by their county hospital authority. The hospitals were built primarily with public money and managed by each authority’s board of political appointees. But as healthcare became more complex, many authorities needed more flexibility.

So, a generation ago, one public authority after another created nonprofit organizations to run their hospitals under long-term lease agreements. These days, patients often have no idea that their local hospital has public roots, but many do.

The WellStar Health System operates public hospitals in several counties, including its Kennestone facility in Cobb. Gwinnett Medical Center is owned by the public but operated by a nonprofit. In 1991, the Hospital Authority of Fulton County followed the trend and created the nonprofit Northside Hospital Inc. to lease the public hospital and carry out the authority’s mission.

This dual status is not unique to Georgia, but its implementation has raised questions about what rights the public retains when a county hospital is managed by a nonprofit. These questions have hit the courts, the press, and the state legislature.

As Teegardin explains, in Georgia, public authorities are subject to open records laws. But hospital managers have suggested their nonprofit status exempts them from these laws. Georgia courts have disagreed, ruling that they are still “carrying out the business of government.”

Legal precedent notwithstanding, Northside Hospital in Fulton County, Georgia (county seat: Atlanta) has dragged its feet. Northside argues that releasing records would give competitors an unfair edge. In 2013, a lawyer sued Northside for its refusal to hand over documents on some business transactions, leading to a court battle that now has extended into 2019.

Teegardin notes that Northside achieved some victories in lower courts, but the Georgia Supreme Court vacated those rulings and remanded the case back to Fulton County Superior Court to determine whether the specific documents being requested—involving Northside’s $100 million acquisition of large physician groups—had to be released.

Meanwhile, the legal battle has woken up the state legislature, which now threatens to get into the act. Teegardin notes that, “A report last month by 26 House members calls for legislation that would mandate charity care levels for nonprofit hospitals and require the hospitals to disclose the value of their tax exemptions…the report also calls for nonprofits to post executive salaries on hospital websites and would make ‘all operating subsidiaries of hospital authority-owned hospitals…subject to open records requirements.’”

The Atlanta Journal-Constitution itself has jumped in. Teegardin notes that, “While nonprofits must report their total compensation in their public IRS forms eventually, the AJC has repeatedly sought more detailed information. Without it, it’s impossible to know if hospitals reward the CEOs who oversee public hospitals solely on financial performance and growth, or whether quality and community service are also rewarded.”

Some nonprofit-managed public hospitals do share records. Teegardin writes that, “When the AJC asked Grady Memorial for its CEO’s contract and information about its bonus program, the hospital readily agreed, and Grady CEO John Haupert sat down with the AJC to discuss the plan. The WellStar Health System also provided the AJC with its CEO’s compensation documents. They show a detailed plan that uses measurements of employee trust and engagement, patient satisfaction and clinical quality. Financial measures made up just 20 percent of the bonus plan.”

Then, there is uncompensated, or so-called “charity care.” Teegardin reports that Northside Atlanta did seven percent and others less than five percent. WellStar hospitals range from 13 to 18 percent, while at Grady, long the “safety net” hospital for Atlanta, three in ten patients were served without being billed.

Interestingly, Grady is a bit of a rebel. Grady was late to the nonprofit model, setting up its nonprofit in 2008 only when compelled to raise donations to stave off bankruptcy. Grady’s lease states clearly that the nonprofit is subject to open meeting requests.

Pete Correll, former CEO of Georgia-Pacific and a person whom Teegardin labels “dean of Atlanta’s business community,” was the first chairman of Grady’s nonprofit board. Correll says he agrees the state should push nonprofit hospitals to serve more poor patients—rather than, say, redirect their indigent patients to Grady. “They need to say there is some minimal level of charity care that you must do to qualify for being a not-for-profit,” Correll tells Teegardin.—Steve Dubb