In India, a Collective Emerges to Translate Classic Works into English 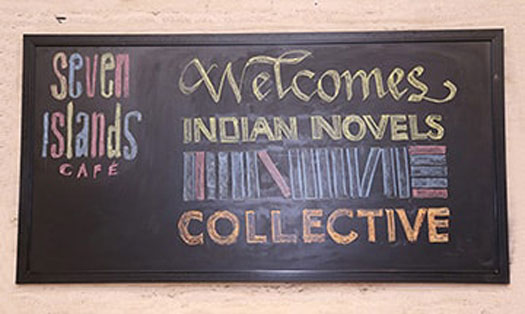 A number of modern writers from India are well known to the global literary community: Salman Rushdie, Arundhati Roy, Rohinton Mistry, and V.S. Naipaul. But the trait they have in common is the thing that has aided their popularity—they write primarily in English, the language of India’s colonial past.

In other words, an estimated 800 million people in India speak a first language other than Hindi or English. Yet half the books published in India are written in either English or Hindi, and 55 percent of “trade” books sold are in English. (“Trade books” refers to written works you find in bookstores—fiction and nonfiction—that aren’t academic books, textbooks, or manuals.)

Amrita Somaiya, Anuradha Parikh, Sangita Jindal, and Ashwani Kumar shared a concern that their children were missing out on modern Indian classics that had shaped their own childhoods because those classics were written in Malayalam, Kolkani, and other Indian languages, and their children primarily read and write in English.

To combat this issue, they formed the Indian Novels Collective (INC) and vowed to translated 100 novels from 13 Indian languages into English.

Damodar Mauzo, an author and a panelist at a recent INC event, said,

Indian English writing is dominant so other languages are pushed back. I personally feel works in Indian languages are more authentic as Indian novels and are able to depict the local nuances. There is nothing wrong with English novels but to see the real Maharashtra or the real Gujarat you need to read works from Marathi or Gujarati.

The founders established a practical set of rules and a group of authors and editors to guide them. They will pick books published during the 20th century in India that were popular among readers, rather than trying to judge the historical significance of texts. Cofounder Kumar said, “We decided, let’s be flexible or open minded about how we define classic novels. They are those that have lasted long enough in the minds of the people, in the imagination.”

INC founders and their mentors hope that this process will not just make regional classics more available to young people but will stir up discussion about regional cultures and resist English hegemony. Kumar said, “Translation, which is paradoxically happening in the hegemonic, elite language of English will become more Indian in this process.”

Translation collectives are actually not uncommon. Literary translation is such a difficult, subjective, nuanced art that many find it helpful to work in a collaborative space. Though English has more words than any other language, thanks in part to its multicultural heritage, there are many words in other languages for which there is no English correlate. This is particularly true (and important) for words that convey moods, feelings, or cultural concepts that are unique. Because of this complexity, some collectives, such as the Emerging Translators Collective, find that collaborative authorship produces the most authentic work.

Izidora Angel, a member of the Chicago-based Third Coast Translation Collective, said, “With translation, every word is a political choice—words you choose can have a potency.” Another member, Amaia Gabanxto, said, “Literary translation is like music, the text is the score, and the translator is the musician. Two pianists will never play that music in the same way.”

INC also plans to expand the appreciation of regional classics through activities like reader events and translation workshops. Shivan Bhasin writes in The Hindu,

For instance, Usha Priyamvada’s cult Hindi classic Pachpan Khambhe Laal Deewarein is getting a second renaissance with the millennial generation, which is reading it as a feminist classic. It is being re-discovered and evaluated anew, in a way very different from how it was received when it was first published in 1972 in Hindi.

INC has taken up the challenging task of creating a link between two generations of reading communities; both millennials and boomers can be seen at their reading sessions, hanging on to every word.

Despite the decline of the publishing industry in the early 2000s, several organizations, including the National Endowment for the Arts, the Kaiser Family Foundation, and the Pew Research Center have found that people under the age of 35 actually read more than did the same age group ten years ago and more than people in older age groups. However, many authors feel there aren’t enough translations available, and collectives have sprung up in response. INC cofounder Kumar said, “These are structural reasons to explain the rise in reading. But it doesn’t explain the loss of the culture.”

INC has not yet published any of its translations (it was only formed in 2017), but expects to start commissioning translations even as they finalize their shortlist.—Erin Rubin